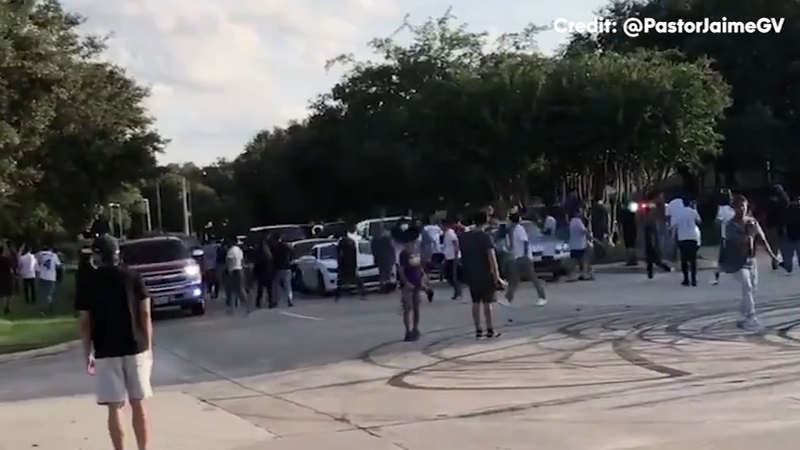 4 arrested after cars rocks were thrown at deputies

HOUSTON, Texas (KTRK) -- Four men have been arrested after rocks were thrown at deputies in northwest Harris County where several cars were seen doing donuts in the middle of an intersection.

A video was posted on Twitter by an ABC13 viewer showing deputies at the scene and dozens of people running on the street.

He described the scene in his tweet saying it, "sounded like gun fire" and said he saw a "crowd throwing rocks on police car windshield."

According to the Harris County Sheriff's Office, 18-year-old Trace Chatham was telling people to throw rocks at deputies through a megaphone.

The windshield of a female deputy's car was shattered after a padlock was thrown at her by someone who fled the scene.

Chatham was arrested for obstructing a highway and unlawfully carrying a weapon.