KTRK
HOUSTON, Texas (KTRK) -- The makeup, the funny costume and hat -- you wouldn't think there's any danger in being a clown, but in the rodeo there's no funny business for the men and women who suit up to protect cowboys from bucking bulls.

"They have no sense of reasoning. All they want to do is hit you or leave," said long-time rodeo clown Leon Coffee. "I've always been an adrenaline junkie."


Coffee has been a rodeo clown since the early 1970's. He said he started out in high school to make a few extra bucks. The money was good; the adrenaline he got from the experience was even better.

"We are kind of like lifeguards of the pool. You never see a lifeguard until there's a problem," said Coffee.

There wasn't formal school or training to begin, Coffee said. His mistakes were his lessons, and some of them were painful. He said he's broken nearly every bone in his body. He sometimes has to take a hit from a bull to save a cowboy who is down. He said he remembers his worst injury; a blow to the head.

Coffee said despite what doctors have told him, he's going to keep returning to the arena. He said he's got more life-saving work to do. 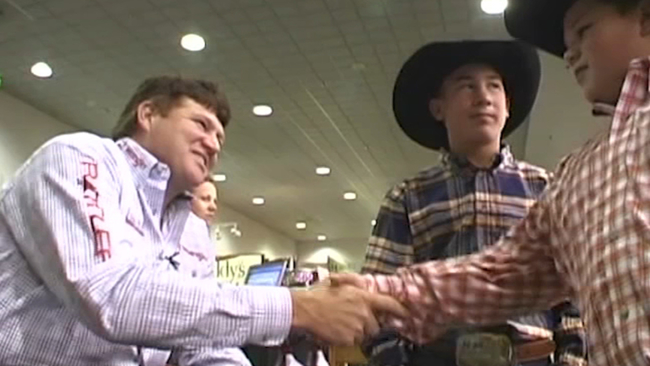