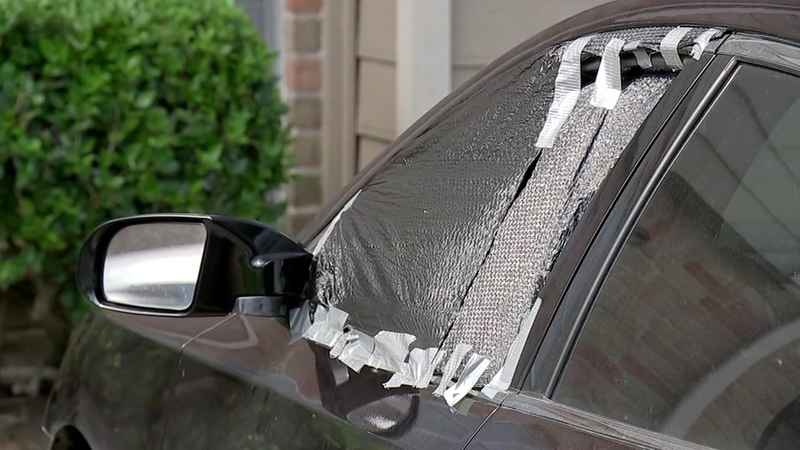 HOUSTON (KTRK) -- Neighbors are on edge after a rash of car break-ins in northeast Harris County as well as Missouri City.

According to the Harris County Sheriff's Office, 20 vehicles were broken into at the Oaks at Greenview apartments on Normandy Street early Monday morning.

Missouri City Police say 13 vehicles were also burglarized in the Quail Valley area over the weekend.

"I thought the security was supposed to be making sure this wasn't going to happen," said Robert Hargrove, who lives at the Oaks at Greenview.

His truck is now missing a window, and Hargrove says this is not the first time: criminals broke in last year too.

Now the high school football coach will have to spend more money to replace not just the window but also school supplies he purchased for his students.

He wonders why security didn't catch the crooks.

Neighbors, like Andre Conway, are asking the same question.

"The managers aren't doing nothing at all," said Conway. "You can't ask them when the security's up. They don't know. We don't know. Nothing."

The Harris County Sheriff's Office is increasing patrol in the area. Right now deputies do not have any suspect information.

They are warning people not to leave anything valuable in their vehicles, especially not weapons.

Missouri City Mayor Allen Owen took to social media to share that warning, telling his Facebook friends, "Lock your car doors, take everything out of them, and have good lighting in your driveways."

He told ABC13 his security camera captured three men shining flashlights into cars, including his own.

He shared that video with police.

"It's causing a lot of panic. People get concerned - is it a car, or is it going to be my house next time?" said Owen.

The mayor says his officers believe the thieves are looking for guns and money.