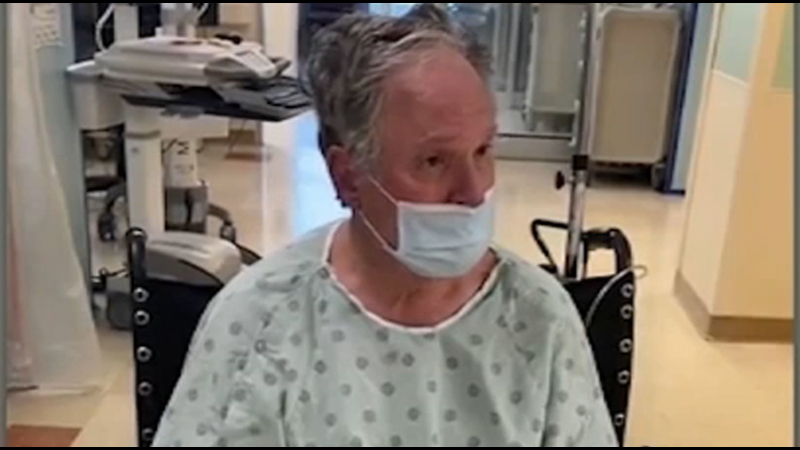 HOUSTON, Texas (KTRK) -- Danny Davis' symptoms started out like a cold, but when he couldn't breathe, he ended up in the emergency room.

The first time Davis had cancer he was told he had just months to live, but that was 20 years ago.

"I'm a three time terminal cancer survivor, and my second go-around was with malignant melanoma in my lung," said Davis,a COVID-19 survivor.

So, when he had what he thought was a cold last month, he knew he would beat that too, but things got worse.

He was rushed to the emergency room.

"Forty minutes later, I was in an emergency room bed being fed oxygen at giant levels," said Davis.

Danny tested positive for COVID-19. He said immediately any fears he had about the virus diminished after the doctor came in.

He said doctors and nurses immediately got to work.

It wasn't just the physical treatment, but also the emotional support and positivity that made Davis confident he was going home.

A week later, Davis had a chance to return that positivity. He told the health care workers how appreciative he was for what they had done as he was headed home.

"You don't run from a fight. I learned a lot from people in here," Davis said about the health care workers.

"Even if someone didn't specifically treat Danny and they hear his story, I think it's going to resonate with them because it's just so hopeful to hear the little bit of good that's going on right now," said Walia.

"I'm not ready to go yet. I think somebody upstairs has something else he wants me to do," Davis said.