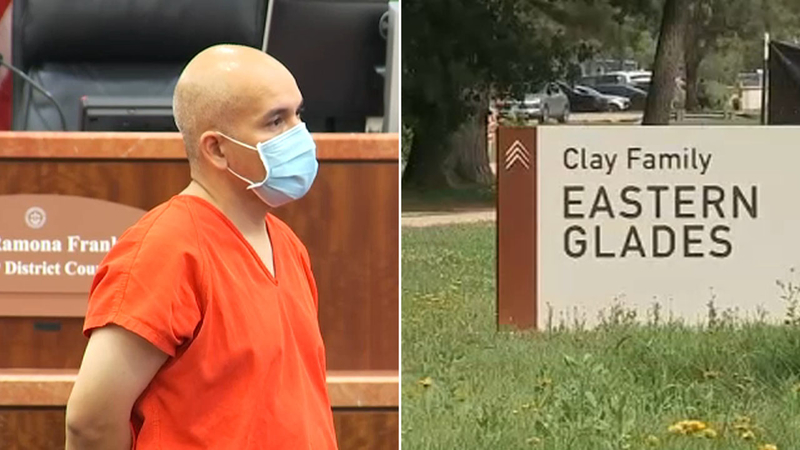 HOUSTON, Texas (KTRK) -- Police believe a man accused of trying to kidnap a 12-year-old girl at Memorial Park has also allegedly targeted others, including a child who lives next to him.

Lewis Hernandez faced a judge Monday morning after his arrest last week on a charge of attempted aggravated kidnapping.

The video above is from a March 2021 report when the sketch of a suspect in the Memorial Park incident was first released.

Late last month, Houston Crime Stoppers released a sketch of a man in the Feb. 24 attempted abduction of a girl on Crestwood Drive.

According to court documents, a tip following the sketch's release led investigators to Hernandez, who was being accused in a separate attempted kidnapping case of a victim whose age, gender and size was similar to the Memorial Park victim.

The documents also describe the alleged encounter that took place during the daytime not too far away from the pond at the park's Eastern Glades.

A man is under arrested for trying to kidnap a 12 year old girl in the Eastern Glades of @MemorialPark! More on #abc13 https://t.co/FYOPRxdbdm pic.twitter.com/HkHTct1r0R

According to investigators, a security camera captured the suspect follow the girl as she was visiting her hamster's grave. The suspect was then seen hiding behind a light pole before he grabbed the victim by the waist from behind.

The girl was pushed down to the ground and the suspect sat on the victim to restrain her, documents described.

It wasn't until the girl started screaming that the man ran off. The girl is then seen running away.

After investigators received the tip, the victim in the Memorial Park attack was able to identify him through a photo lineup.

The 43-year-old suspect was booked into Harris County jail on April 21.