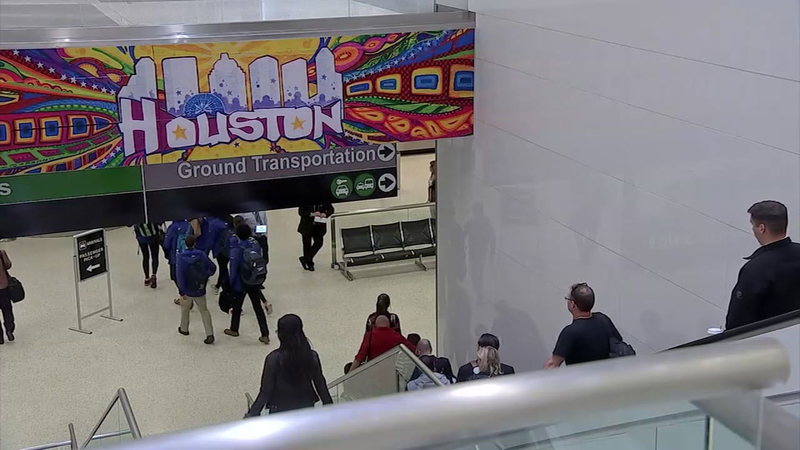 HOUSTON (KTRK) -- On his way out of office, Houston City Controller Ronald Green had some tough words to say about questionable airport contracts that are before City Council and provided some key details about alerts his office received from whistleblowers about "potential fraud" with those contracts.

Green, who must sign off on contracts that cost money before they are voted on by City Council, hasn't done so in this case, saying he had numerous questions about the process. Eyewitness News obtained a memo penned Tuesday by Green that said the airport's procurement process "raises more questions than answers."

His memo mirrors what Ted Oberg Investigates uncovered last week that the airport deals were too secretive. And some of those poised to get the big-money deals are State Rep. Borris Miles and the insurance giant Marsh, who employs Dave Martin, a sitting member of City Council.

Martin said he has gone out of his way to disclose any conflicts of interest. Mayor Annise Parker has long said that he city's contracts are done properly.

The contracts are worth $70 million and could grow to $1.5 billion. They are designed to help build Bush Intercontinental Airport's Terminal D.

Interviewed after abc13 obtained the memo -- sent to all members of City Council, Mayor Annise Parker and to Chris Brown, who will be inaugurated next controller January 4 -- Green said more investigation into the contracts was necessary.

"Some very egregious issues I think have arisen and they need further investigation," Green told abc13.

Indeed, in his memo, Green said the airport's process of picking winners and losers has "many questions remain unanswered." He also noted that at least one top airport official overseeing the contract process was "ambiguous and evasive" when Green asked questions.

Green has requested affidavits from Justina Mann, who oversees procurement at the Houston Airport System; Mario Diaz, the airport system's chief; Andy Icken, a Parker top aide, as well as Councilman Martin and the mayor.

Green's chief concern, according to emails obtained through the public records act and through reporting by Ted Oberg Investigates, is that the two-step process of choosing these airport concessionaires has largely been hidden from public view.

Green's questions over the insurance contract, highlighted in the December 22 memo, may be the easiest to showcase.

Step One: Proposals come in from all sorts of competing companies. There are often hundreds of pages showcasing why each potential insurance company would be the best for the Houston Airport System. The criteria is scored from one to five. No harm, no foul so far.

Based on Step One, records show, the highest-scoring bidder came in at around $3.2 million. The lowest-scoring bid wanted $5.5 million for the job.

But look at Step Two.

The bids submitted for the contracts were judged in face-to-face interview by a committee of Houston Airport System employees, who came up with a group score to pick the winners.

After Step Two there was a new winner: The team of insurance company Marsh and local company Borris Miles Insurance. That team had the lowest scores in the first round and the most expensive for taxpayers by almost 100 percent.

The outgoing controller said that the whole process should start over and the airport's system of picking contractors needs to be revamped.

"In my opinion, it's a process that needs to be done over again and it needs to be done in line with all the procurement laws and the city's procedures," Green said. "I think it's one of those deals that if you find an apple and you find a worm in your apple, you don't eat around the worm, you throw the whole apple away."

There may be more information coming toward the new controller, too, Green said.

"We're getting lots of people on a daily basis who are alerting us," he said.

Questions over tens of millions of dollars in 'rushed' airport contracts 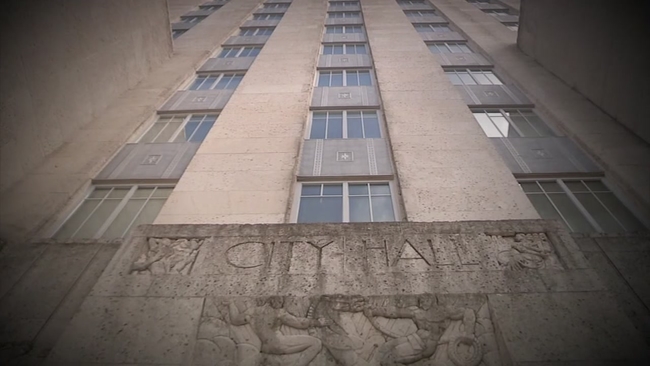 Alcohol-to-go is now permanent in Texas, so who benefits?
US health advisers endorse Pfizer COVID-19 vaccine for kids 12 and up
A few light showers, breezy, and cooler Wednesday afternoon
Students rescued when homemade boat drifts out to sea
Search resumes for 8-year-old who drowned in rip current
Show More
Woman charged in shooting death of ex-husband as they ate lunch
Pro golfer paying it forward
5 places where police believe you could be targeted by criminals
Man Turns to Ted after getting $102,000 surgery bill
Chick-fil-A is facing a sauce shortage
More TOP STORIES News