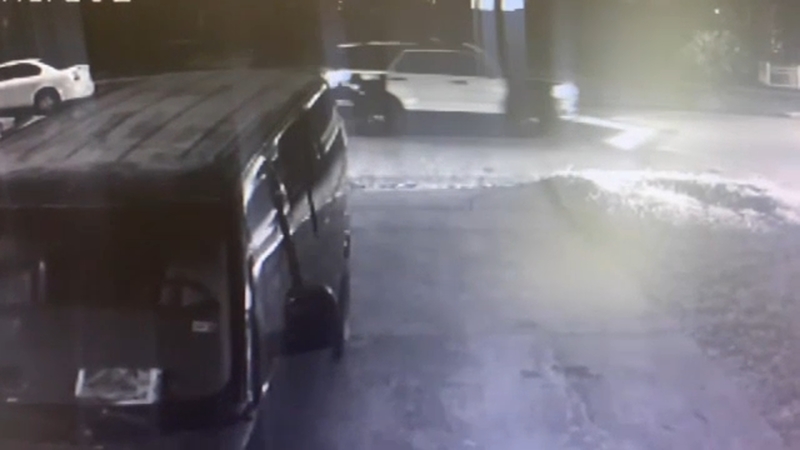 In the video, you can see a police cruiser drive into frame around 6 p.m. on Saturday. The SUV comes to a stop just on the edge of the screen. Moments later, several flashes of what looks like gunfire are seen on camera. Then, a white truck in the video, who appears to be an innocent bystander, quickly reverses and tries to get out of the way.

You then see a shadowy figure, possibly the suspect Arturo Solis, run away. Seconds after that, multiple officers and first responders are seen in the video, rushing to help a fellow officer.

The video also captures the ambulance arriving and paramedics attempting to save Sgt. Brewster's life.

Roberto Solis said his son, Arturo, has a long history of mental illness, as well as a criminal history. He does not know how he managed to get his hands on two guns so easily.

"It's the guns, it's not the people. They're everywhere," said Roberto, adding that he agreed with HPD Chief Art Acevedo's strong statements against gun-makers and lawmakers. "Anybody can get them. My son did get them. He had two of them."

In court, Arturo was emotional, crying as a judge denied him bond. His appointed attorneys said they also want to know how a man who clearly should not have had guns managed to have two.

"The obvious question to us becomes how does a mentally ill person, get a handgun?" said appointed defense attorney Anthony Osso. "So we'll be looking at that. We'll look at a breakdown in the system."

Sgt. Christopher Brewster remembered as 'the best of the best'