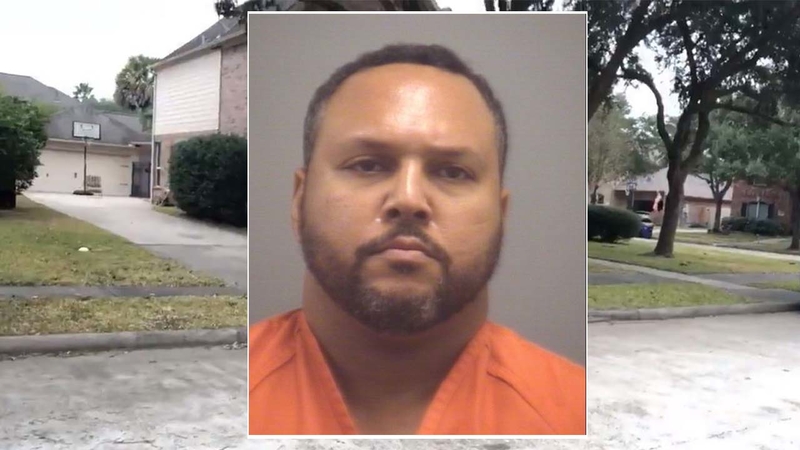 LEAGUE CITY, Texas (KTRK) -- A League City man has been arrested after police found his wife shot to death at the front door of their home on Thanksgiving Day.

Dudley Bernard, 40, was charged with murder and is accused of killing 42-year-old Chauntelle Bernard.

Officers responded to a disturbance call Thursday night at a home in the 2300 block of Indigo Harbour Lane, saying there were reports of multiple gunshots.

Video given to ABC13 by a neighbor includes audio of Dudley being arrested. The neighbor said he was on the ground as an officer was questioning him and a family member is heard screaming.

Video given to ABC13 by a neighbor shows audio of the suspect being arrested.

Police said the couple, along with their two young sons, were inside celebrating Thanksgiving with family. The wife was shot multiple times, according to police. Officers said Dudley fully cooperated with them during the arrest.

Investigators say the husband and wife both worked for U.S. Customs and Border Protection.

"Both Dudley Bernard and his wife Chauntelle were employees of the United States Customs and last night, the customs department did arrive on the scene to take federal property from the house," said John Griffith with League City.

Keyonna Allums was strangled in her Texas City apartment complex in 2014. She had spent that morning preparing for Thanksgiving dinner and was killed later that afternoon inside her apartment.