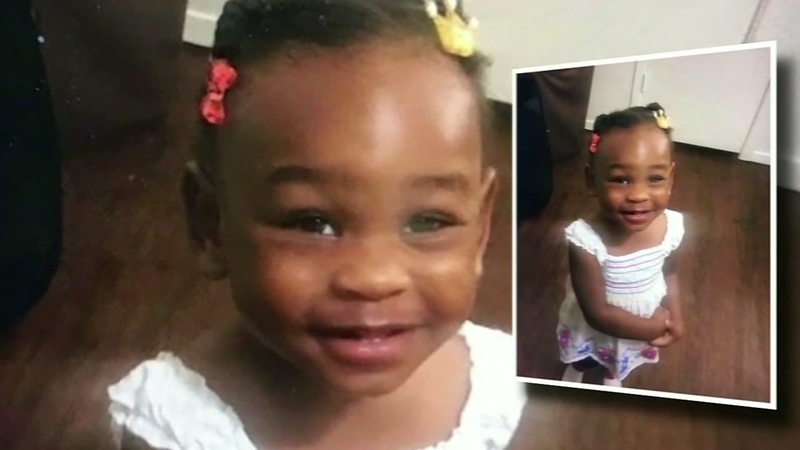 TEXAS CITY, Texas (KTRK) -- Charging documents against a woman and her boyfriend reveal horrific details in the death of girl from College Station.

The records obtained by Eyewitness News come hours after an autopsy on a child believed to be Hazana Anderson was completed by the Galveston County Medical Examiner's Office.

Court documents say Hazana's mother, Tiaundra Christon, and boyfriend Kenny Hewett beat the little girl to death in mid-October, then kept her body inside a vehicle for three days before dumping her body near Texas City.

A dive team in Galveston County discovered a child's body on Wednesday in the waters along Highway 146. Authorities are now awaiting conclusive DNA results to confirm who this child was.

From the very beginning, police said there were inconsistencies to Christon's story about her daughter's disappearance, according to charging documents.

Christon claimed on Sunday that she left Anderson in a stroller for one minute while she was getting things from her vehicle, and that the girl vanished while visiting Gabbard Park in College Station.

Documents state investigators searching a dumpster found a black bag containing a toy doll. It was wearing the clothing that Christon described her daughter wearing when she went missing. However, detectives found evidence that the woman was handling those items.

After she was charged, documents say Christon revealed to investigators exactly how Hazana died.

Christon alleges on Oct. 19, she was staying with her boyfriend, sometime referred to as her fiance, at a hotel on Monroe Road in southeast Houston.

At one point, Hewett left with Hazana to get food at a neighboring Taco Cabana. When they returned, documents say the 2-year-old girl was crying uncontrollably.

When Hewett became angry over the child's wailing, documents state he started to beat the child with a belt, causing welts to her legs, arm and face.

Then, the man challenged Christon to "discipline her child," court documents allege.

"Christon described Hewett as not being satisfied with how she hit (Hazana), so he took the belt and began hitting (Hazana) again with the belt," the documents state.

During the beating, the girl lost consciousness. That is when Christon and Hewett put the child in a bathtub and ran water over her face to revive her. She died a short time later.

The child's corpse was kept in the back passenger side floor board of her mother's vehicle for three days in a plastic trash bag.

Documents state on Oct. 23, the pair drove to an unknown location near some water to dispose of the body.

"Hewett assisted her by wrapping the bag and corpse in a rope and attaching a heavy rock" before they "tossed the corpse in a body of water," the documents state.