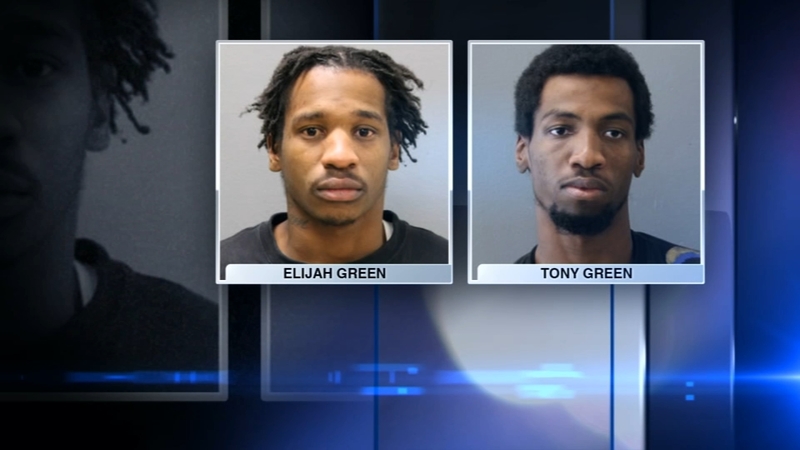 CHICAGO, Illinois -- Two Chicago brothers charged in the murder of a 76-year-old man from northwest suburban Rolling Meadows were ordered held on no bail Monday.

Vasudeva Kethireddy had been missing nearly two months. He was last seen alive on Aug. 4.

Kethireddy's decomposed body was found around 10:30 a.m. last Friday in a sewer, police said. Cause of death was later determined to be strangulation.

Elijah Green, 25, and Tony Green, 22, who live on the same block where their landlord's body was found, were arrested on Saturday and Sunday, respectively. Each brother was charged with first-degree murder in connection with Kethireddy's death, police said Monday.

"At the end of the day, this was really just a complete senseless act against somebody that, if you asked him for all the money in his pocket, would have just given it to them," the victim's son Shantan Kethireddy said.

At a bond hearing Monday, prosecutors said Tony Green allegedly lured Kethireddy, their landlord, to their home on Aug. 4 to rob him. They had allegedly complained about a leak. When Kethireddy arrived to check it out, Elijah Green allegedly choked him, causing his death.

The brothers allegedly stole $1,600 and credit cards from Kethireddy. Prosecutors also said someone did a Google search on Tony Green's phone that said, "How long does it take for a body to decompose in the sewer?"

Shantan said both suspects had expressed condolences to the family while he was missing. His family said he owned half a dozen properties on the South Side and left his home around 8 a.m. on Aug. 4 to collect rent payments.

He was reported missing after a tenant he planned to meet said he hadn't shown up. Kethireddy was last seen on surveillance video from a Chase bank branch. The video shows he entered the bank around 4 p.m. on Aug. 4.

Community Activist Andrew Holmes said that Kethireddy's credit cards were used in the area where the vehicle was located, including at a nearby Citgo gas station, shortly after he went missing. The credit card was used to purchase bleach.
Kethireddy's family never stopped looking for him. Relatives said his beloved grandchildren kept asking where he was.

The family is now leaning on their Hindu faith during this devastating time.

"Trying to find forgiveness and try not to be consumed with anger," Shantan said.