Analysis: Why Texas may see a Democrat Senator sooner than later 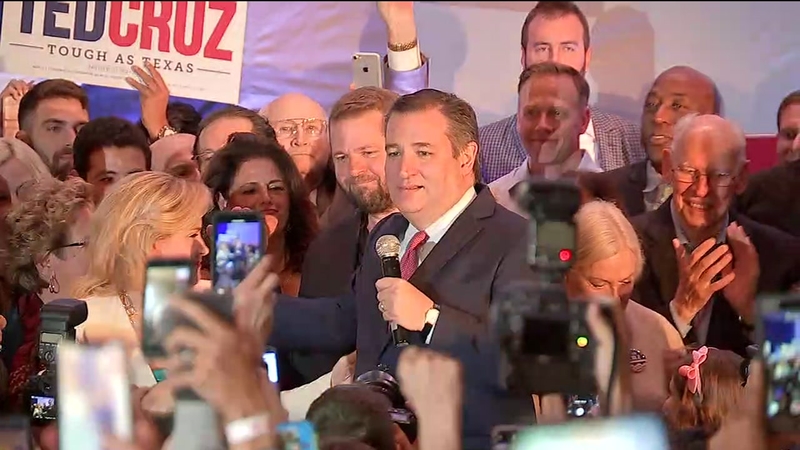 HOUSTON, Texas (KTRK) -- There's one key data point that shows what it would take for a Democrat to win statewide office in Texas: population change.

The key areas that sided with O'Rourke on Election Day were primarily densely populated regions. While nationwide, that has been a regular part of politics for years, it hasn't been true for Texas. In 2012 when Cruz last ran, Harris County (Houston) and Tarrant County (Fort Worth) both went for Ted Cruz.

But of those seven counties, most were in heavily populated areas that propelled O'Rourke to within 200,000 votes of a major upset. And those counties are only getting more populous.

Six of the top ten fastest-growing counties in the country are in Texas. Four of the six voted for O'Rourke.

But don't ignore the changing population (and continued redness) of those remaining two counties: Denton and Collin, both north of Dallas. Both are seeing huge population growth. Both are reliably red.

And it's not just population growth in the big cities. Rural areas, specifically in the Texas panhandle, which are crucial deliverers for Republican candidates are beginning to shrink. Census figures for the next five years predict that Texas' big cities will get bigger and its smaller cities will get smaller.


That trend emerged not just in the Senate race, but other key statewide races this cycle. Lt. Governor Dan Patrick ran folksy TV ads featuring him petting a dog while sitting on a picturesque country porch. His campaign strategy focused on criticisms of the entire Democratic Party-- not his opponent. Patrick was re-elected by 400,000 votes. He won the last race by nearly a million.

Attorney General Ken Paxton, dogged by securities fraud charges, was re-elected by fewer than 300,000 votes. He won by a million in 2014.

Though some statewide races were closer than have been in decades, Republicans still enjoy a safe advantage in most races. Despite the boost in population, Ted Cruz suffers from an unlikeability problem, exit polling data showed. When asked by ABC News, 46 percent of voters said they disliked Ted Cruz, but voted for him anyway, compared to 43 percent who said they thought of him as likable.

Democrats also benefitted from turnout. Even though it didn't benefit statewide Democratic candidates, it did help them in many regional and local elections. In Harris County, straight-party voters replaced every single Republican judge with a Democrat. (Straight-party voting is no longer an option statewide)

But the chasm between Texas' liberal and conservative areas is growing wider. Areas that are typically reliably Republican, like west Texas, have only grown more red. In 2012, Ted Cruz won most of the panhandle by an average of 69 percent. In 2018, it was on average 87 percent.

Cruz won by an average of 77 percent in the counties carried. In 11 counties, Cruz won with more than 90 percent of the vote.

O'Rourke's margins were significantly smaller. Zavala County, near the border, delivered his biggest win, with 79 percent of the vote. In all counties O'Rourke won, his average was 63 percent.

Populated areas, like Houston, Dallas and Austin showed the largest swing toward Democrats.