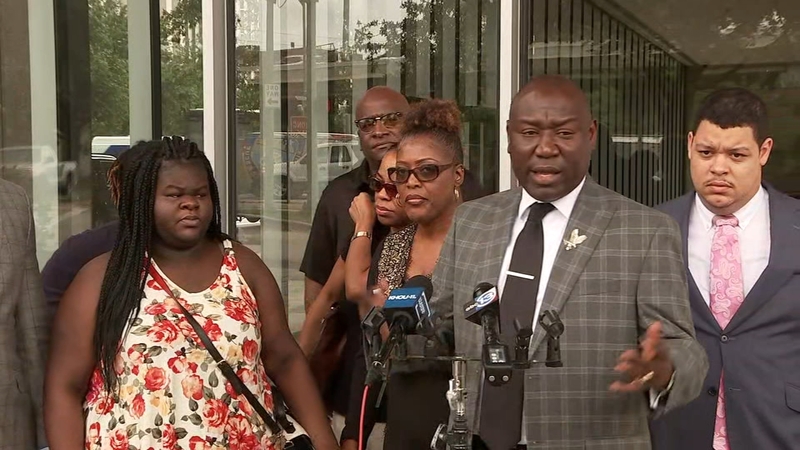 BAYTOWN, Texas (KTRK) -- The family and attorney of the woman killed at the hands of a Baytown police officer held their second press conference Friday.

During the press conference, the family's attorney Ben Crump, a national civil rights attorney, called on The Harris County District Attorney's Office to press charges against the officer involved.

Second press conference this week with Attorney Ben Crump and Pamela Turners family. They just met with the DA and say they have results of their own private autopsy. Details to come. https://t.co/GtGS4odDI4 # via @ABC13Houston pic.twitter.com/8rHdIlE6Gq

"We pressed that their office, not the Texas Rangers or the Baytown Police Department will make the decision whether this police officer would be charged," Crump said. "We expressed out urgency to make sure that justice is done in this matter. The fact that the family saw the most graphic video of their mother being executed."

The family believes that 44-year-old Pamela Turner was wrongfully killed by officer Juan Delacruz on May 13.

Turner's children are speaking out, saying their mother suffered from a mental illness.
Delacruz, an 11-year veteran with the Baytown Police Department, shot and killed Turner after she allegedly grabbed his Taser and used it on him.

The family believes that Delacruz used excessive force when he shot their mother multiple times.

"He (Delacruz) knew she was a mentally ill person when he confronted her. There are laws to protect people like that," Crump said. "Did his training tell him to throw her on the ground and tase her? Or stand over her and not give any situation to deescalate the situation?"

Crump also announced that the family is conducting their own autopsy with a private company. He says the findings should be available Friday afternoon.

On Wednesday, the Texas Rangers announced that they were taking over the case along with The Harris County District Attorney's Office.