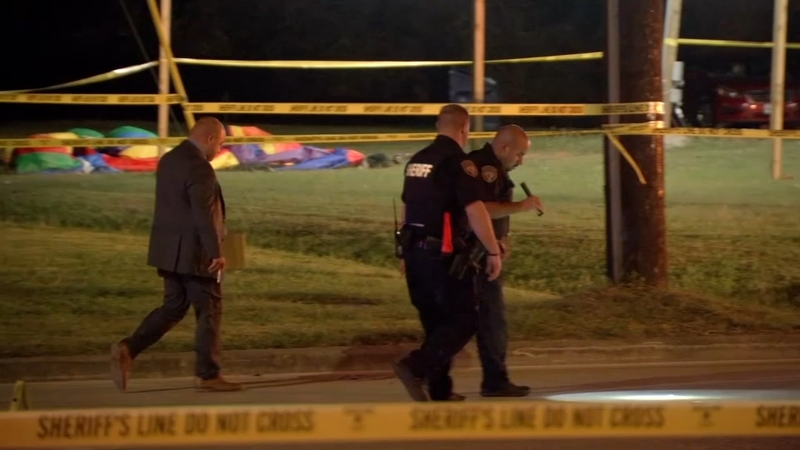 BAYTOWN, Texas (KTRK) -- Violent crime is up in Baytown, and residents want answers.

"This was a tragedy and it's not the natural way," Goudeau said. "I'm supposed to go before my daughter."

Disha Allen was at a vigil for a man who was shot and killed earlier this month, when a gunman fired into the crowd, killing her and injuring 13 others.

Allen was just 25 years old, and was killed while attending a vigil for a friend who had been murdered earlier.

"They took away not only my daughter, but Kennedy's mother," Goudeau said. "And I would feel some kind of comfort knowing that person was behind bars and not out on the streets to do it again."

Families are grieving all around Baytown, like that of 15-year-old Jania Tatum. She was a track star who dreamed of joining the Navy to study nursing. Instead, she was found dead in Tejas Park on Dec. 28.

While the cause of death has not been determined, police say this is a homicide case and they are actively searching for her killer.

"My daughter had plans of doing something with herself. Now, she can't do it anymore because she's gone, you know," said her mother, Angie Tatum. "It's hard to imagine that she's gone and somebody killed her like that."

In 2021, there were 13 murders in Baytown, which is just one more than the year before. But, five of the city's murders last year all happened in December.

Numbers aren't in for January yet, but we've already reported on three shootings in the city.

"There's been several times when our investigators are cleared from a scene after being called out after hours," said Baytown Police Chief John Stringer. "They think they're on our way home only to be called out to another."

"It's incredibly difficult. As a father myself, it breaks my heart to know there's a 15-year-old girl who won't be coming home anymore," said Stringer.

Chief Stringer said his department is increasing patrols in high-crime areas and looking into whether any of the violent crimes are connected.

"Part of it is a spillover from some of the larger problems we're seeing in the Houston area and the surrounding area, but some of it is organic to Baytown as well," he said. "These are known offenders, these are known suspects."