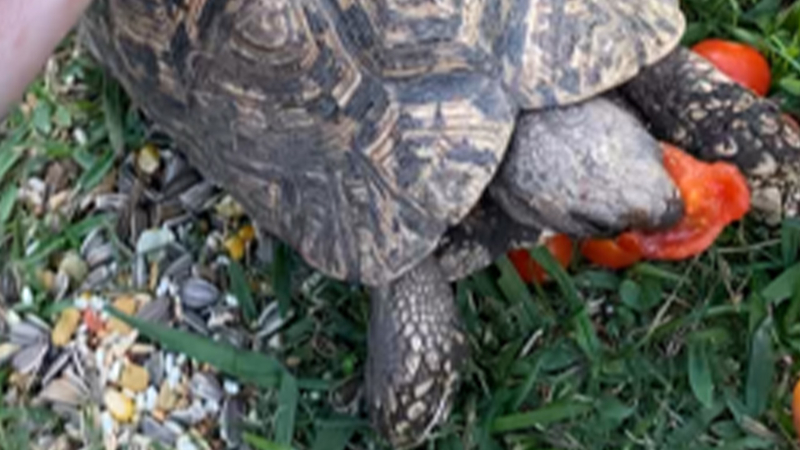 New tortoise stolen from Alvin zoo shortly after it arrived

ALVIN,Texas (KTRK) -- Inside the Bayou Wildlife Zoo in Alvin, the plea is loud.

"We're trying to give them a chance, just to do what's right, before we press charges," said Dana King.

The zoo, a family operation owned by King and her parents, is missing a 6-year-old tortoise named Sheldon.

King says the animal was stolen by a group of three patrons during business hours.

"They put their hand like this, got the tortoise and it came out," King said.

The tortoise enclosure was brand new to the zoo Sunday.

A 16-year-old turtle is missing after court documents say a man stole it from the zoo, and then kept the reptile in a bathtub at his apartment.

A customer snapped a picture as a family dropped off two tortoises as rescues, including Sheldon.

"They brought them in, we had them maybe 10 minutes and according to the cameras, there was a group that put their hand under the fence and took one of them," King recalled.

King believes the people who stole Sheldon were watching the drop-off.

"I went back to cut up food for the tortoises, came back and it was gone," she said.

This is not their first hurdle. The King family purchased the 88-acre zoo with more than 200 animals in March.

They were shut down for more than two months.

And Sunday, on her birthday, King is granting the culprits her grace.

"We have a clear visual of everything and we're just hoping that if they really are animal lovers, they're going to bring it back," King said.

She is holding off on releasing the surveillance video to police, offering the group a second chance to do what's right and return the animal.