KTRK
HOUSTON, Texas (KTRK) -- A bizarre March theft has left the Houston Zoo wondering where their 16-year-old turtle is located.

On March 5, a Houston Uber driver picked up a passenger from the Houston Zoo, and was shocked to learn the passenger was carrying a turtle in the back of his car.

According to court documents, passenger Jaden Andel was in a hurry to enter the Uber he called after a visit to the zoo.

The Uber driver told investigators that once leaving the zoo, Andel boasted about how excited he was to have "liberated" a turtle from captivity.

Court documents say he smuggled the turtle out in a purse, and then held the reptile up for the Uber driver to see.

During the ride, Andel allegedly called his roommate and told him how he took the turtle from the exhibit.

Court documents state Andel told his roommate he wanted to fill up his bathtub and keep the turtle in the tub.

Squishy is identified as a rare Southeast Asian long-neck turtle of "significant age." The zoo said he is valued at well over $2,500 and was tagged with a RFID chip. 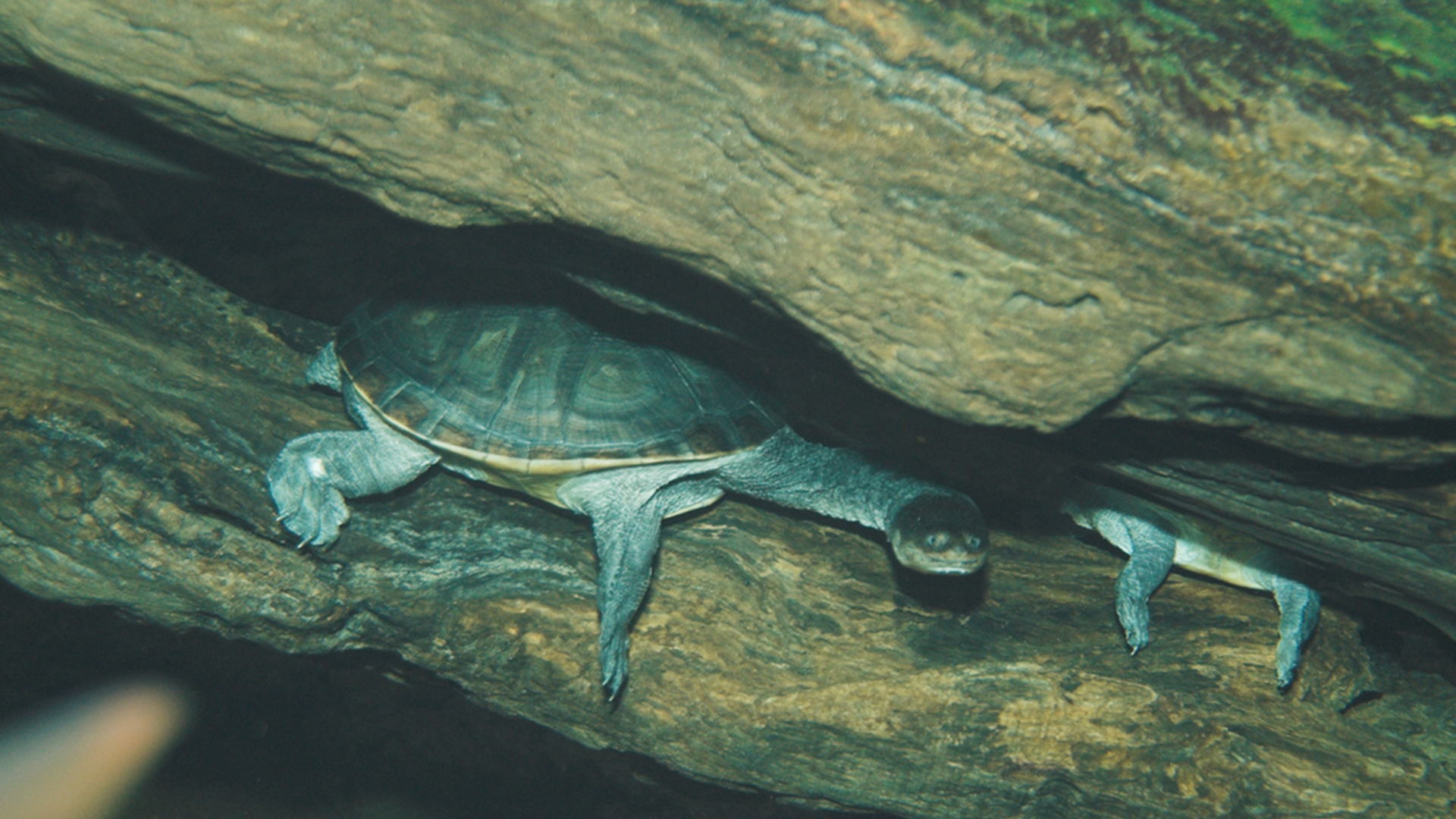 'Squishy' is a South East Asian Long Neck Turtle, the same species as the turtle in this photo

According to court documents, Houston Zoo security manager Maria Gallegos told investigators the turtle is in significant danger of harm because it needs a specialized diet and environmental temperature control.
The turtle was taken from the aquarium section of the 'Natural Encounters' exhibit, where, according to documents, there were no security cameras.

Managers at Andel's apartment complex allegedly told investigators that he was seen with the turtle in plain view, and that he even boasted about how it came into his possession.

The managers said Andel and his roommate were eventually ordered to leave the apartment complex after learning about the turtle.

Court documents state Andel's roommate told apartment management that he had gotten rid of the turtle, saying "it was released to a safe place," but never revealed where that place was.

Andel is charged with felony theft from elderly or non-profit.

The Houston Zoo released this statement Wednesday to ABC13 Eyewitness News:
The Houston Zoo will not tolerate the theft or endangerment of any of our animals, big or small. On March 5, a visitor stole a 16-year-old Siebenrock's snake-necked turtle named "Squishy" from our zoo. After extensive investigation by HPD detectives, we are prepared to prosecute to the furthest extent the law allows and do everything we can to get Squishy returned safely.