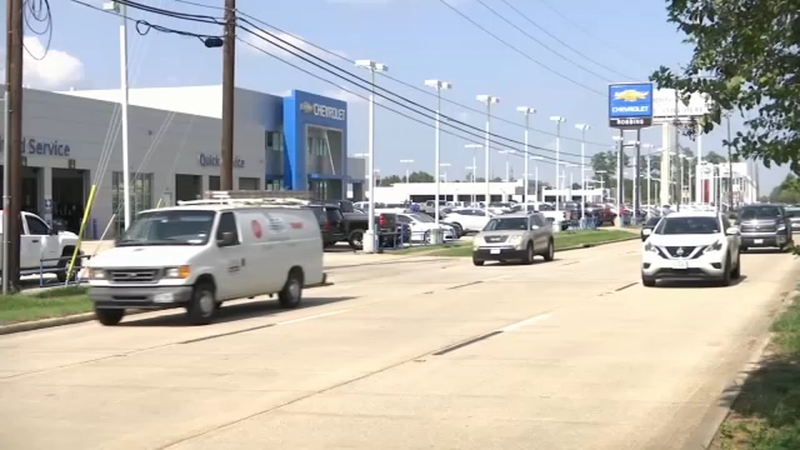 LaTanya Blackman is one of those customers waiting on repairs.

She's waited three weeks for her parts to arrive.

"I didn't budget to be paying $750 for a rental car and my car note and then the car repair," Blackman explained. "It's not fair to me."

Blackman's car is at Robbins Chevrolet.

It was a repair expected to take a few days but has turned into three weeks.

Blackman said she was told the dealer is waiting on parts from the company.

This isn't only impacting Robbins Chevrolet.

GM dealers across the country are waiting on parts.

The reason is a strike in Detroit involving GM workers that's been going on for nearly three weeks.

A spokesperson told ABC13 the company is working with suppliers to ship parts directly to dealers.

Local shops also recommend checking to see if they can get the part before work begins.

GM said its working to get Blackman's parts to Houston.

It's a nearly month-long process that Blackburn doesn't wish on anyone.

RELATED: A week in, GM strike leads to talk of layoffs by suppliers

"Be prepared to wait more than a week or two, or three, or a month," Blackman said. "Be prepared."

This isn't impacting all G-M repairs.

Dealers are still receiving some parts.

Until the strike is over, the company says some customers will have to wait longer than normal to get their repairs.