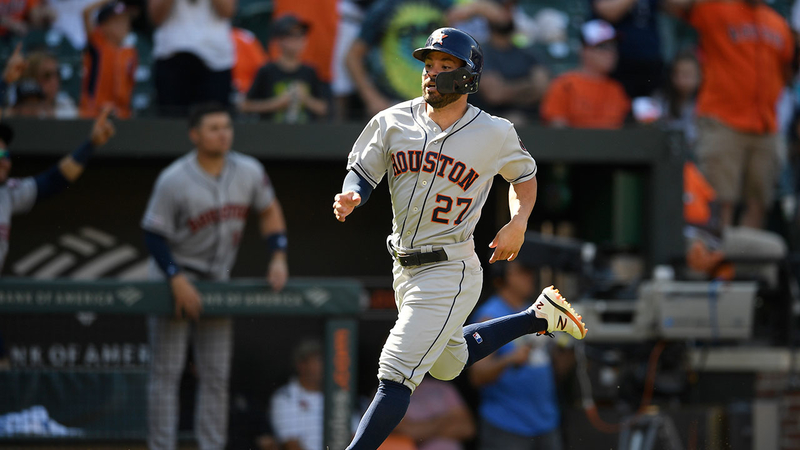 HOUSTON, Texas (KTRK) -- Whether 2019 ends with the Houston Astros' second World Series championship in three seasons remains up in the air.

What we do know is the mighty 'Stros roar out of the gate with a four-game series against AL West rival Los Angeles Angels to begin their 2020 schedule, March 26-29.

The team released the full 162-game slate for the next season, which will boast National League East interleague clashes to go along with its standard American League schedule.

Houston's first interleague series is April 7-8 when it hosts the New York Mets.

The Astros also head to Arlington on April 10-12 to try and spoil the inaugural season of Globe Life Field, the new retractable roof stadium of the Texas Rangers.

Zack Greinke could potentially face his old club, the Diamondbacks, when the Astros visit Arizona on April 28-29.

In May, the home fans will be treated to a couple of high-profile series involving the New York Yankees and the Boston Red Sox. Houston hosts the Yanks May 15-17. The Red Sox come to town May 29-31.

Houston will head into the All-Star break with a dream series against Bryce Harper and the Philadelphia Phillies on July 7-9.

The Astros' last month of the season comprises of more games on the road than home. Houston will host the Miami Marlins Sept. 1-3. Their final home games are a four-game series with Baltimore Sept. 17-20.

Houston wraps the regular season with a four-game series in the Bronx against the Yankees Sept. 21-24. The Astros' final series is in Atlanta against the Braves on Sept. 25-27.

You can check out the 2020 schedule through the Astros website.

The Houston Astros released its new slogan for the upcoming season.