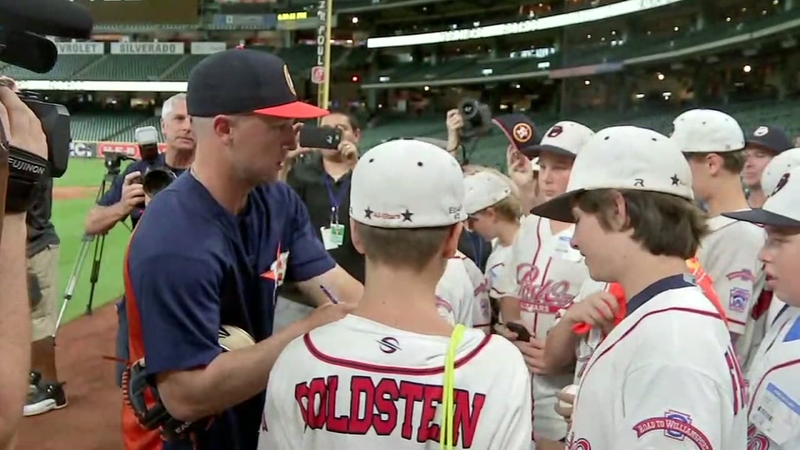 A group of Little League all-stars got a big boost from their favorite players before they embark to win a championship.

On Friday, the Post Oak Little League team was invited to Minute Maid Park before the game.

The players were welcomed onto the field, and they got to meet Alex Bregman and Carlos Correa.

"That was awesome," Post Oak player George Kugle said. "We watch them on TV almost every day of the week and just meeting them, like a movie star, is pretty cool."

The kids meeting the MLB players aren't bad themselves.

Today, the Astros invited the team to the game.

"We're going to root for them," Astors manager A.J. Hinch said. "How cool is it that our city gets represented on a big stage? Little League World Series, we'll be following them day-by-day."

In Pennsylvania, the Astros love won't end with Friday's visit.

"It's a throwback Astros jersey," Post Oak Coach David Rook said. "It's orange and yellow. It's pretty cool that we get to represent the southwest region in that."

No matter the outcome of the upcoming tournament, these kids have already made memories that will last a lifetime.

"You can't think of anything better," Post Oak player Andrew Stover said. "You've grown up watching them, and now we get to meet them."