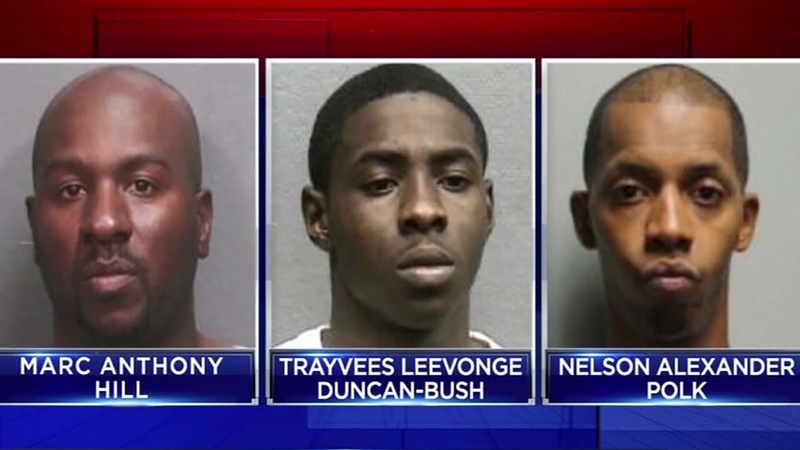 HOUSTON (KTRK) -- Four suspects made their first appearance in federal court Thursday after allegedly preparing to rob an armored truck at an Amegy Bank in east Houston.

Court papers explained how authorities say officers knew what was about to happen.

A fifth suspect, Redrick Jevon Batiste, was shot and killed by a Houston police officer as the men allegedly moved in to rob the armored car in east Houston.

According to court documents, the group was called the "robbery crew." Investigators say the group committed at least two other deadly robberies of armored trucks this year -- one in March at a Wells Fargo off the Northwest Freeway and another at a Chase Bank on Arline in August.

The crew, led by Batiste, plotted to rob armored cars and kill the drivers in order to create an opportunity to take the money, according to investigators. At one point, documents say a judge allowed authorities to listen in on cell phone conversations as Batiste coached Hill to watch the armored truck drivers at Amergy Bank.

What they didn't know was the driver was actually an undercover officer, and a SWAT team and other law enforcement was surrounding the bank.

They were ready for that attempted robbery, police say, and the new Houston Police chief helped lead them on this investigation.

Court documents also claim investigators discovered the men planned to steal a specific rental car to use in the east Houston robbery.