Kubiak sticking with Yates at QB

Houston (10-5) clinched its first AFC South title and playoff berth on Dec. 11, but has followed up with back-to-back poor performances.

The Texans lost 28-13 to Cam Newton and Carolina on Sunday, then couldn't stop Dan Orlovsky from rallying the Colts in the fourth quarter.

The Texans wrap up the regular season at home against Tennessee on Jan. 1.

Yates, a fifth-round pick thrust into the starting role less than a month ago, went 13 for 16 for 132 yards in Indy. He did not throw an interception, but was sacked four times and lost a fumble.

Coach Gary Kubiak says he's sticking with Yates as his starter even though the Texans signed veterans Jake Delhomme and Jeff Garcia in recent weeks.

Houston has scored 20 points or fewer in five straight games since Matt Schaub went out with a right Lisfranc fracture. Backup Matt Leinart broke his left collarbone in the second quarter of Texans' 20-13 win at Jacksonville in Week 12, and Houston has averaged 16 points in the four games Yates has started.

Yates is hardly the only one to blame for the recent offensive struggles.

Arian Foster ran for 158 yards on 23 carries on Thursday night, but backup Ben Tate was held to minus-1 yard on six carries. Tate was tackled behind the line of scrimmage on consecutive plays in the third quarter, when Houston had the ball inside the Colts 20-yard line.

Houston also went 1-for-10 on third downs and finished with 283 yards against the Colts' 28th-ranked defense. Against Carolina, the Texans were 2-for-9 on third downs.

Kubiak says the Texans haven't been productive enough on first- and second-down plays, and that's creating too many third-and-long situations. Kubiak also wanted to play it safe on some of the third downs in Indy out of concern for Colts' defensive ends Dwight Freeney and Robert Mathis.

"We ran the ball very well, but we had some situations, some second-and-8, second-and-9 runs that were negative plays for us and ended up some third-and-12s," Kubiak said. "In that place, with those pass rushers and that speed coming off the edge, when you get in those situations, it gets very, very dangerous."

Houston has also been beaten in possession time in the last two games after winning that statistic in 11 of the first 13.

"When you're 1-for-10 (on third downs), you're going to lose the time of possession," Kubiak said. "I think we've been the top of the league throughout the course of this year in time of possession and the last two weeks, we've lost it and we lose both games, so that tells you how important it is."

The defense, which has ranked at or near the top of the league rankings all season, has also developed some issues in the last two games, especially in the fourth quarter.

Orlovsky guided the Colts 76 yards in 12 plays in under two minutes for the winning touchdown on Thursday night. The Texans fueled the drive with three penalties, including a questionable roughing-the-passer call on defensive end J.J. Watt.

"I just think somebody's got to make that play. It's almost like responsibility and that's the way I talked to the team," Kubiak said. "Defensively, you need one interception, one sack, one strip. Somebody's got to take the responsibility, step up and make that play. We just got to look at ourselves and be willing to step and do those things that would've got you out of there with a win. But we didn't do that."

Houston was called for 11 penalties, a season high. Kubiak questioned about "six or seven" and will send video to the league for review. But he wasn't using those as excuses.

"Obviously I don't agree with all of them, but that's neither here nor there," he said. "Our job's to keep playing and play through mistakes and play through issues. We had our chances to do that and we didn't do it." 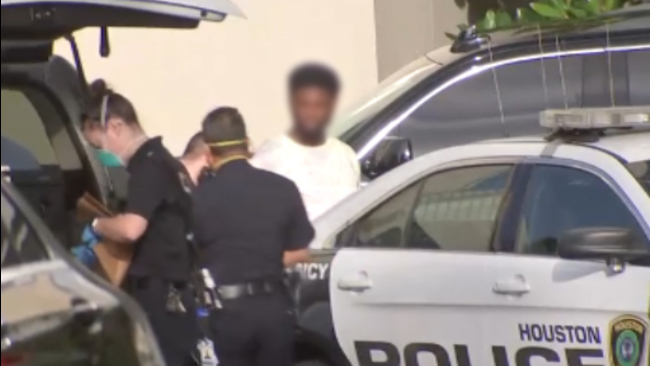