Gillette to limit Tiger Woods' role in its marketing

ktrk
By ABC13
Gillette's announcement Saturday marks the first major sponsor of the superstar athlete and corporate pitchman to distance itself from Woods.

"As Tiger takes a break from the public eye, we will support his desire for privacy by limiting his role in our marketing programs," said Gillette, a division of Procter & Gamble.

Other sponsors are mulling their options and trying to gauge the fallout from the man who has become the face of golf, as he drops off the circuit for an unspecified period.

AT&T said it is evaluating its relationship with the golfer. Representatives from Accenture won't say what its plans are regarding Woods, whom the consulting firm has used to personify its claimed attributes of integrity and high performance.

"I think you will see the handful or so of companies that he has relationships with doing some real soul searching and making some probably, for them, difficult decisions in the next few days," said Larry L. Smith, president of the Institute for Crisis Management, in Louisville, Ky.

Late Friday, Woods announced an indefinite leave from golf and public life to try to rescue his marriage after two weeks of intense coverage of his infidelity sullied his carefully cultivated good guy image. The decision and contrite tone of his statement was seen by marketing experts as a smart step to repairing his public image. His previous brief and vague statements on the matter were criticized as insufficient to quell the intense scrutiny and to lessen the damage from more than a handful of women who claim to have had affairs with him.

"It's just like your most beautiful fashion brand is being trashed," said John Sweeney, director of sports communication at the University of North Carolina at Chapel Hill's School of Journalism and Mass Communication. "I don't expect Tiger to be the gold standard anymore, but he's not going out of business ... He's too big and too talented to be fired, but he will have significant declines from what he was."

His good looks and multiracial heritage gave him broad appeal. His domination of the game and fist-pumping flair for the dramatic established his tournament appearances as must-see TV. His work ethic is admirable. Marketers were drawn to his image as a clean-cut family man who mourned the death of the father who taught him the game, doted on his mother and married a former Swedish model with whom he has two young children.

Woods is the pitchman for brands ranging from AT&T to Accenture to Nike. His array of endorsements helped him become the first sports star to earn $1 billion. Michael Jordan, Woods' closest contemporary, is a distant second. Jordan has accumulated about $800 million during and after an NBA career that spanned nearly 20 years, according to Forbes.

Nike, which built a golf business that generates $650 million in annual revenue around Woods, said late Friday that it supports his decision. As of late Friday, Accenture no longer had the golfer's image on a page on its Web site where it had been as late as Thursday.

Gatorade, a unit of PepsiCo Inc., said previously that it supports Woods and said Saturday it has no updated comment.

Gillette's decision includes phasing out Woods from its television and print advertising, and from public appearances and other efforts linking Woods to the grooming company, Gillette spokesman Damon Jones said.

"This is supporting his desire to step out of the public eye and we're going to support him by helping him to take a lower profile," he said.

Gillette, which operates from Boston while parent P&G is based in Cincinnati, has had a contract with Woods since 2007. Jones declined to provide further details, including length and value, of the contract.

Woods hasn't been seen in a prime-time television commercial since a Gillette spot on Nov. 29, according to research firm Nielsen Co.

Jones said that was because golf is currently off-season, so the company is promoting new products like Gillette Fusion MVP with Atlantic Falcons quarterback Matt Ryan. He said the company had not planned to air many ads featuring Woods anyway.

Jones said the company was not severing its ties with Woods. There had been no upcoming scheduled public appearances for Woods, he said.

He declined to comment on when the company would resume including Woods in its marketing, and would not say whether that would be linked with the timing of Woods comeback, when and if he decides to resume playing golf. 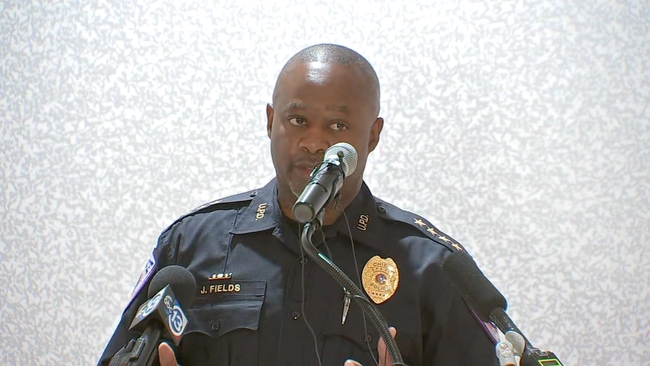