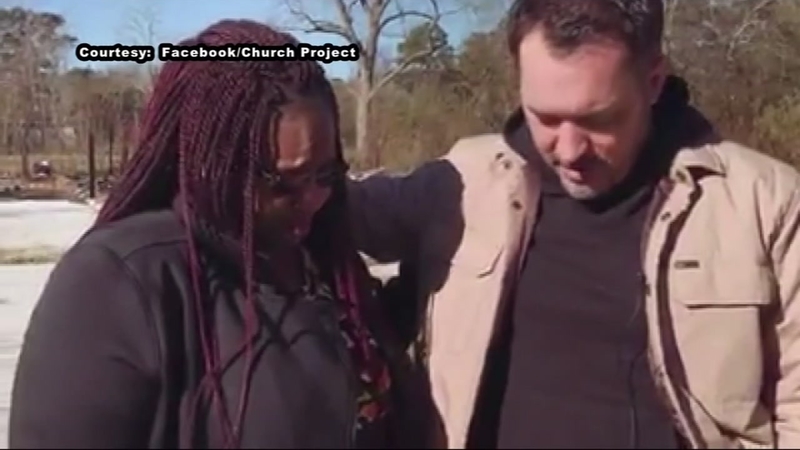 TAMINA, Texas -- There is not an hour that goes by when April Johnson Gaines doesn't think about that horrific day in May 2017.

A tragic fire took three of her children, Terrence, Kyla, and Kyle. Their family home in Tamina also burned down.

Only April and her 12-year-old son Adrian survived.

"It's been stressful. Sometimes I feel like I can't function like I used to," said April. "When you have four, and it drops down to one, I don't know what to do."

Since then, April and her surviving son Adrian have lived with family, but that is all about to change. On Thursday, we accompanied April and her realtor, Elizabeth Roark. as the two began the process of looking for a home.

"To put her in a home she knows will be safe to build new memories in, to raise Adrian in, it's incredible. there's no way to describe it," said Roark, who is volunteering her time to help.

How did this all happen?

For 20 years, Pastor Jason Shepperd has been acquainted with April and her family. Now the lead pastor at Church Project, a Woodlands area non-denominational church, Shepperd and his congregation felt they wanted to help.
"We can't buy everyone a home who needs a home, but this is such a tragic scenario that we wanted to bring some light, hope and healing in her life," said Shepperd.

Recently, the congregation decided to put up money and buy April a home in area near where she and her children once lived.

The church captured on video the moment Pastor Shepperd and April stood at the location of her former home, and he gave her the news that she would be getting a new home. Tears flowed freely. That video has been viewed more than 25,000 times on Facebook.

"I was expecting maybe a year's worth of rent, or maybe a down payment, but they're actually buying me a home, I'm just like, 'Wow, this is what I've been praying for.'"

Roark is also a member of the church. There is no firm timeline for April to find the right home. But both she and the church hope it's soon, so the family can begin healing and moving forward.

A small community in Montgomery County is mourning the loss of three children who died in a house fire early Friday.

The community mourns the loss of the 3 local children killed in a fire.

Three officers recount their emotional experience searching for children who ultimately died in a massive house fire in Montgomery County.

Neighbors are angry over a lack of answers following a deadly house fire that left three siblings dead.