TAMINA, Texas (KTRK) -- Three children have died after a fire tore through three homes in Montgomery County. At least six people were injured.

The fire started around 4 a.m.

Fire officials said a grandmother and grandfather, their adult daughter and her four children and the uncle of the children were all in their homes at 19000 block of Johnson Road near Tamina when the fire started.

The grandparents Bobby and Carrie Johnson, the mother of the children, her 10-year-old son Adrian Mitchell and the uncle Jarvis Johnson were injured.

Family friends told ABC13 that the fire may have started in the back of one of the homes and spread to two others.

Two boys and a girl, believed to be between the ages of 6 and 13, were killed, according to the Montgomery County Fire Marshal. A photo of the children involved in the fire was given to Eyewitness News by a family member.
Officials said the children were trapped upstairs in one of the homes when it collapsed.

Neighbors told ABC13 that the pastor of Thergood Memorial Church of God In Christ, Bobby Johnson, is the homeowner and was one of the people hurt in the fire.

Fire officials said there were eight people living in the home.

There's no word on the cause of the fire. 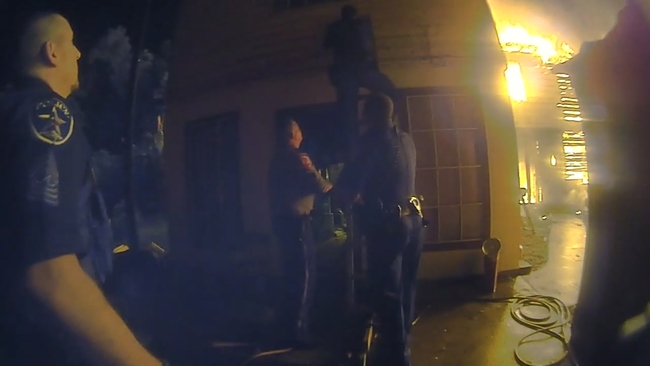