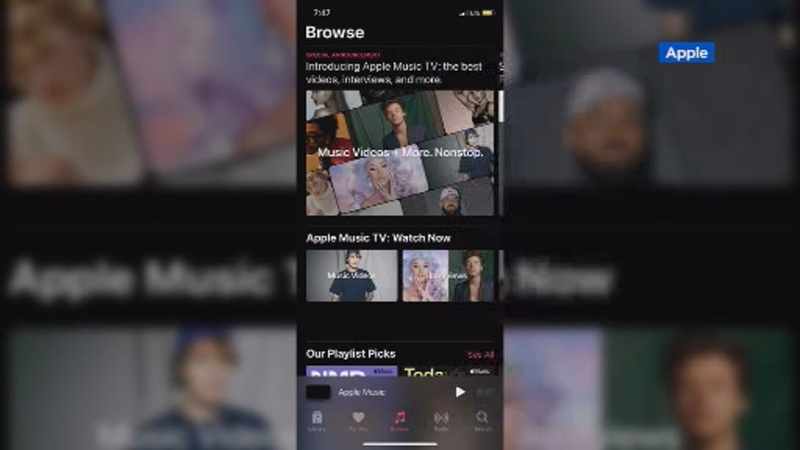 CUPERTINO, Calif. -- Apple has brought it back to the future with its newest platform feature.

The new content channel is free to use for anyone streaming from inside the U.S., separate from the paid subscriptions needed for Apple Music. Not only does it carry the round-the-clock curation of top music videos, but the feature is also loaded with exclusive interviews with top artists, clips of past performances, and more.

The surprise launch of "Apple Music TV" starts with a countdown of the top 100 most-streamed songs of all-time on Apple Music in the U.S., leading up to the Thursday release of Bruce Springsteen's new album, "Letter to You," with plans for an all-day "Bruce" takeover.

Monday's move is seen as Apple's latest play to try and carve out some profits in the music video space, that has long been dominated by Youtube and Vevo's video empire.

Apple's new service can be found on the Browse tab of its Apple Music platform and the Apple TV app.