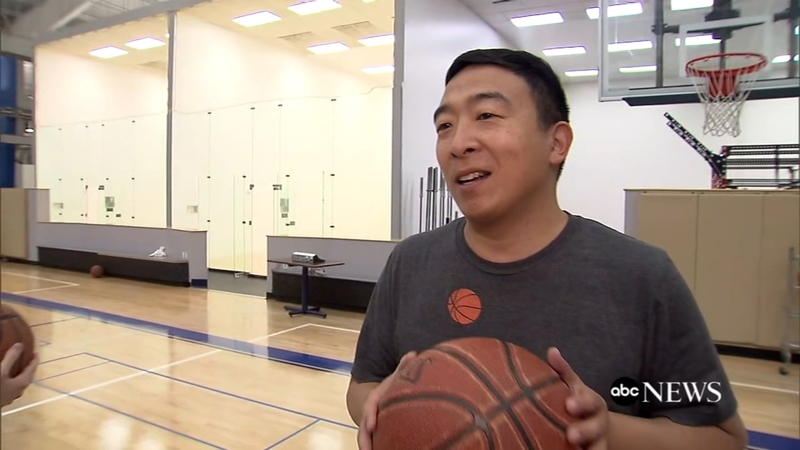 He told ABC News in an exclusive interview this is one of his favorite things to do on the road.

He also had some advice for the other candidates in the final 24 hours before their meeting at Texas Southern University.

"For my fellow candidates, eat right, stay hydrated, get some rest and some vitamins, because it's a marathon, not a sprint," Yang said.

Last month, Yang teased a costume change at the third Democratic debate. ABC News asked him about it, and he again joked he would change into a different basketball jersey during every commercial break.

His press secretary did add he thinks it's a joke, saying even though Yang takes the issues of the country seriously, he doesn't take himself very seriously.