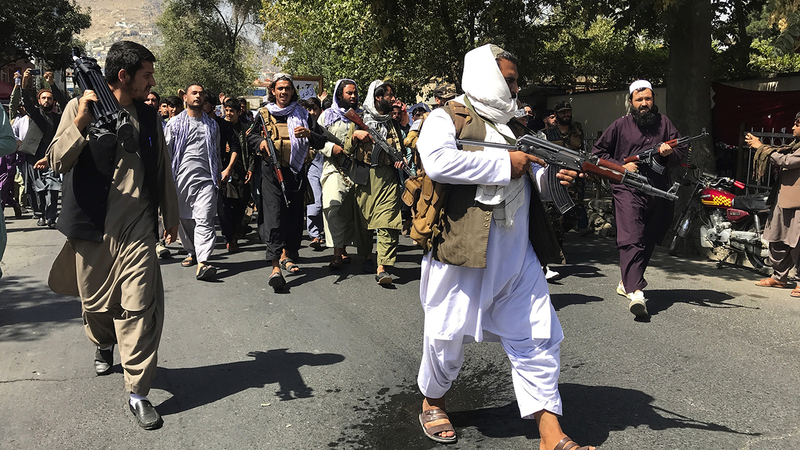 KABUL, Afghanistan -- The U.S. Department of State has facilitated the evacuation of four U.S. citizens across one of Afghanistan's land borders -- the first Americans to leave the country with help from the U.S. government since President Joe Biden ended the massive, chaotic evacuation efforts that closed the country's longest war.

Four Americans made their way across land with Taliban knowledge, according to a senior State Department official, who told ABC News that they evacuated without Taliban interference.

The official declined to say which country they arrived in but added that they were in "good condition" and met by U.S. embassy staff from the local embassy.

Officials say at least four planes chartered to evacuate several hundred people seeking to escape the Taliban's takeover of Afghanistan have been unable to leave the country for days.

While the State Department helped those four evacuate, White House Chief of Staff Ron Klain said Sunday that there were approximately 100 Americans still trying to escape Afghanistan nearly a week after the last U.S. forces departed.

Among those left behind, there are several Americans in the northern city of Mazar-e-Sharif ready to board charter flights that are being blocked by the Taliban, according to several sources. The Taliban has not given permission to the airlines, leaving the potential passengers stuck in the city for days now.