ABC13 Plus: Richmond man loses almost 200 pounds by dedicating his life to gym 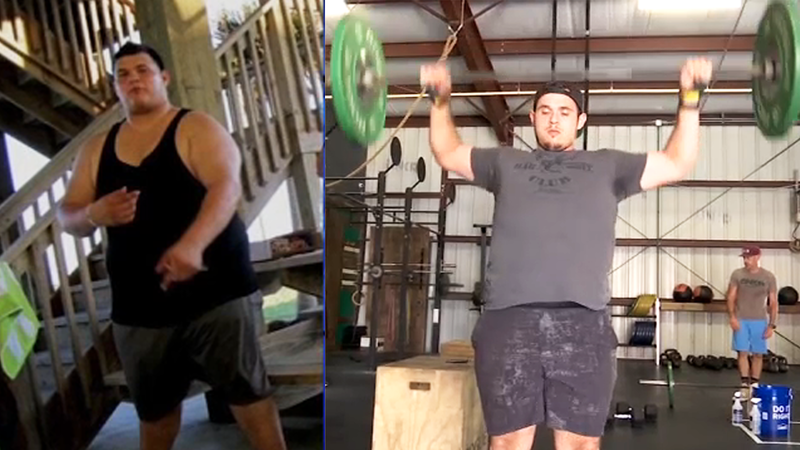 Efren De Los Santos weighed over 400 pounds, but, with hard work, his physique and life changed.

Some close friends invited him to workout at a garage gym, which later became BNKR Fitness Richmond.

"I didn't care about my body then," says De Los Santos. "One day I just woke up, and I was like change. Let's just get it."

Fredie Dorian is the co-owner of BNKR Fitness and has seen De Los Santos' transformation.

"Next thing you know, he was a big boy, but he started to move," says Dorian. "What he has and what I think a lot of people have is heart. All you have to do is have that heart and show up. We will take care of the rest."

De Los Santos dedicated his life to recreating his body and his lifestyle and is now a coach at BNKR.

In the beginning, he said he was intimidated, but he quickly learned he was one of the them.

"The support staff was awesome," says De Los Santos. "They said come back, and I was part of them."

The Richmond-area fitness community has been there for him, just as he's been an inspiration for them.