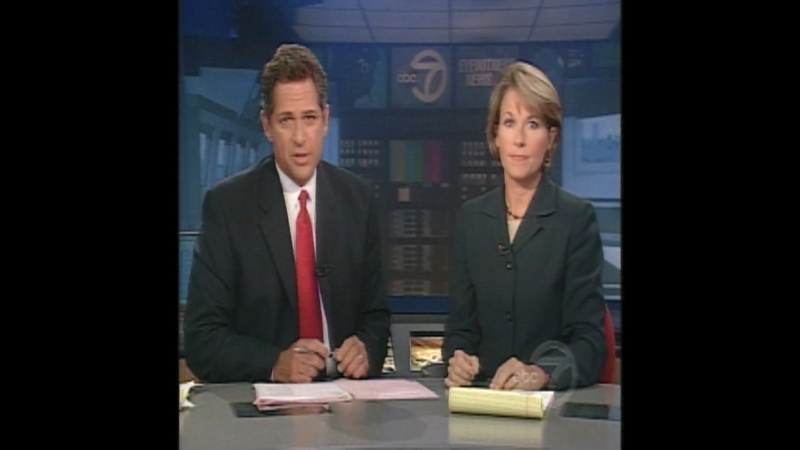 With those words, Bill Ritter, a news anchor at our New York City sister station WABC-TV, began the 11 p.m. newscast on the day that changed our city, America, and the world.

"Even now, so many years later, we will never forget. And we will never stop honoring those who died and the heroic first responders who made the ultimate sacrifice, both at the scene in Lower Manhattan and those who have suffered and died from a 9/11-related illness," WABC wrote on its website.

Watch Part 1 of WABC's newscast in the video player above.

Each year, New York City and millions around the country commemorate 9/11 with mournful ceremonies, volunteering and reading the names of those who perished.

Eyewitness News at 11 began after midnight 19 years ago, delayed by Monday Night Football. No one could have predicted what would happen the next day, a day Meteorologist Sam Champion forecasted as "sunny and pleasant."

Relatives of the victims descend on ground zero in Lower Manhattan, and the events of that terrible day and the weeks, months and years that followed are never forgotten, nor are the memories of those killed by terrorists in hijacked planes.

September 11 still shapes American policy, politics and everyday experiences in places from airports to office buildings, even if it's less of a constant presence in the public consciousness.