Port Arthur residents 'won't risk it' ahead of Hurricane Laura 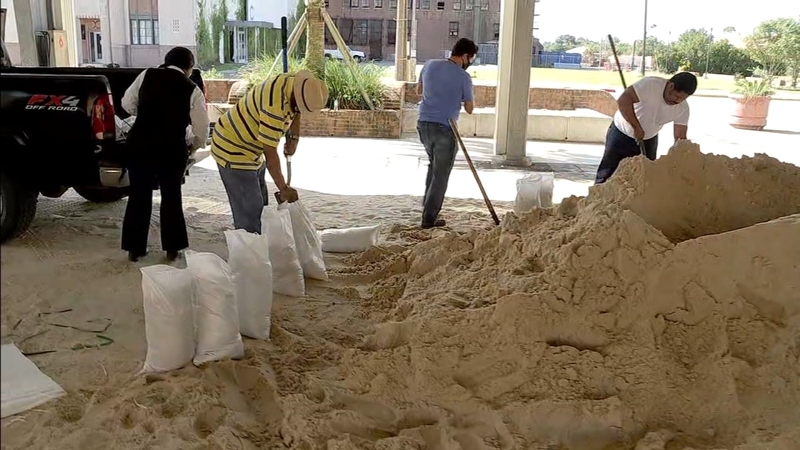 Residents in Port Arthur not taking chances with Laura

PORT ARTHUR, Texas (KTRK) -- Port Arthur residents placed several white bags upright next to a mound of sand and started filling them as they prepare for Hurricane Laura.

The woman said her daughter wanted to stay behind, so she is going to stay in town as well. But down the street, hundreds of residents have already filled school buses and are evacuating per local orders.

The City of Port Arthur issued a mandatory evacuation at 6 a.m. Tuesday ahead of Hurricane Laura, which is predicted Wednesday night or early Thursday morning as a Category 3 hurricane.

By 6 p.m., parts of Port Arthur were already deserted, with sandbags piled next to the front doors of empty homes and windows boarded and covered with wood to prevent damage if winds reach high speeds. 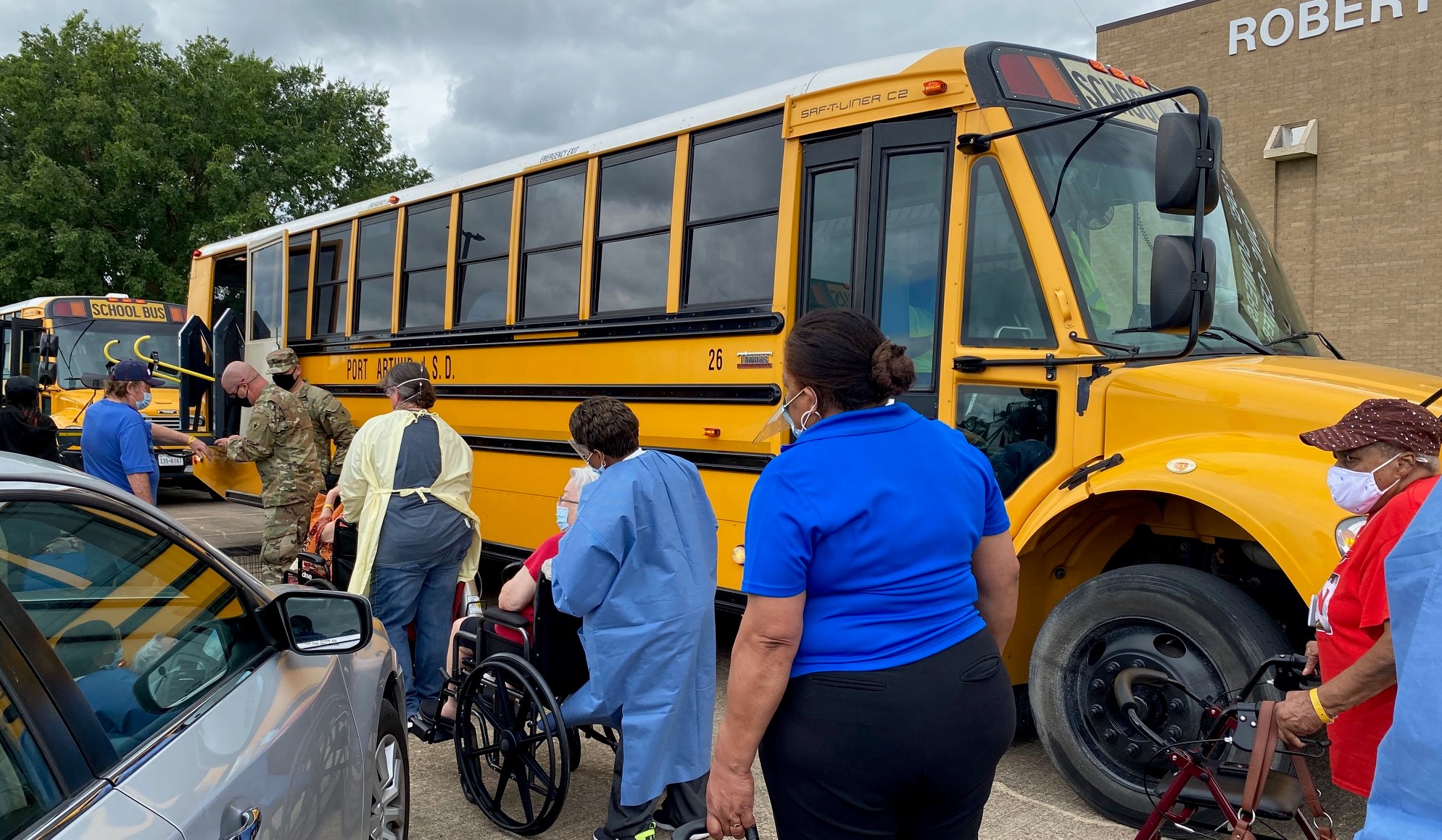 Port Arthur residents wait to board a bus as they evacuate the area Tuesday.

At the Bob Bowers Civic Center, city leaders say they expect between 1,800 and 2,000 people to board evacuation buses.

Before getting onto one of those evacuation buses, John Paul said even though he lives on the second floor of his building and isn't worried about too much flooding or wind damage, he still wanted to be safe and not get stuck in the aftermath of the storm.

"I'm not worried. It is what it is. This is not the first hurricane. We've been through a whole lot," Paul told ABC13's Ted Oberg. "This is the area. We live with that. Like the refineries - just something that's always there."

As she stood outside her home, another resident Daisy Orellamo told Oberg she was also going to heed the city's order and leave for Corpus Christi.

"I won't risk it," Orellamo said as she packed her trunk with non-perishable food for her and her baby.

"Once the storm makes landfall, there will be no access to emergency services for an undetermined period of time," the city said in a news release. "Failure to evacuate, will require those who remain to be on their own. The City is requesting that its residents please leave now to avoid physical harm to themselves and their loved ones." 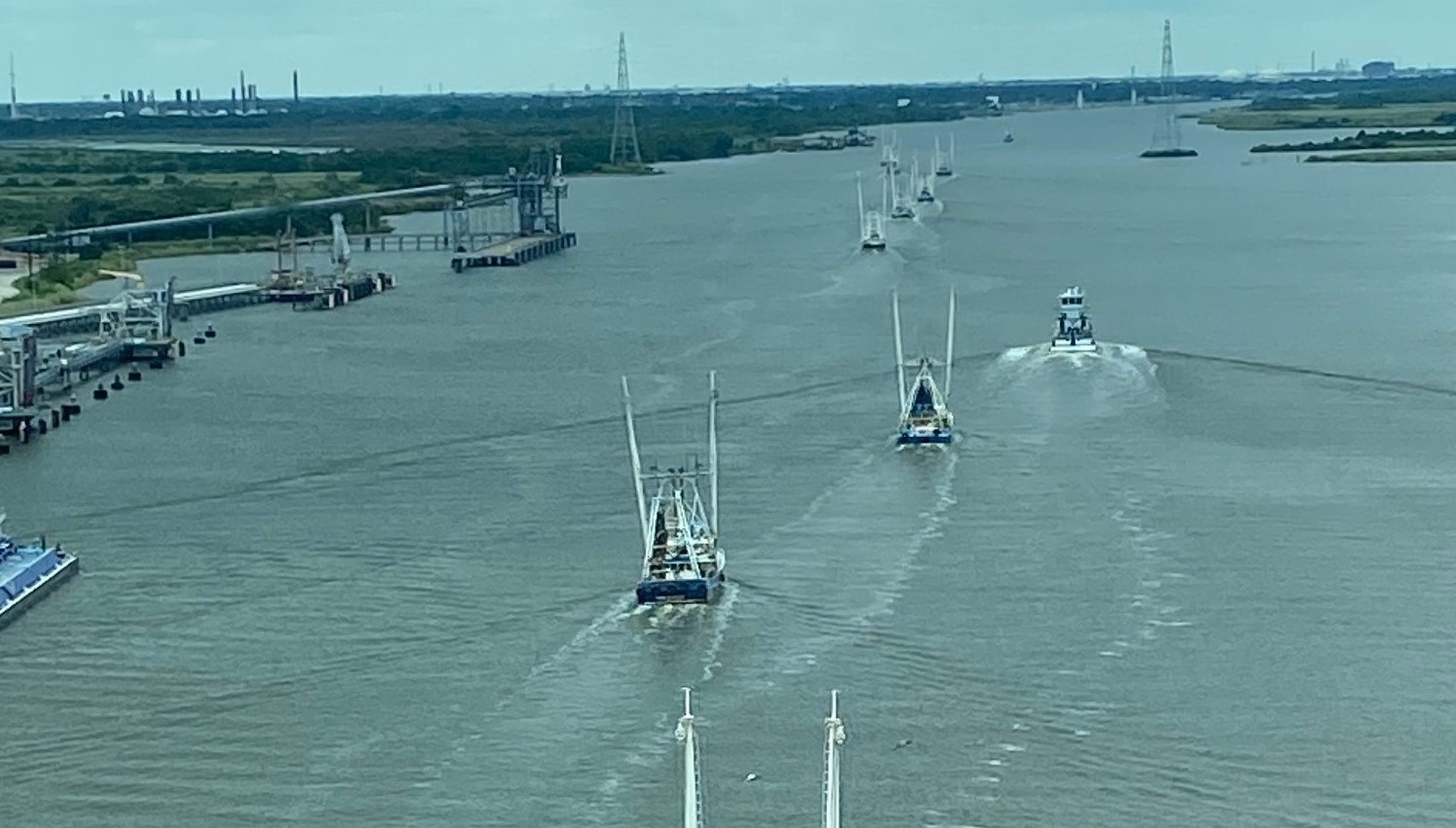