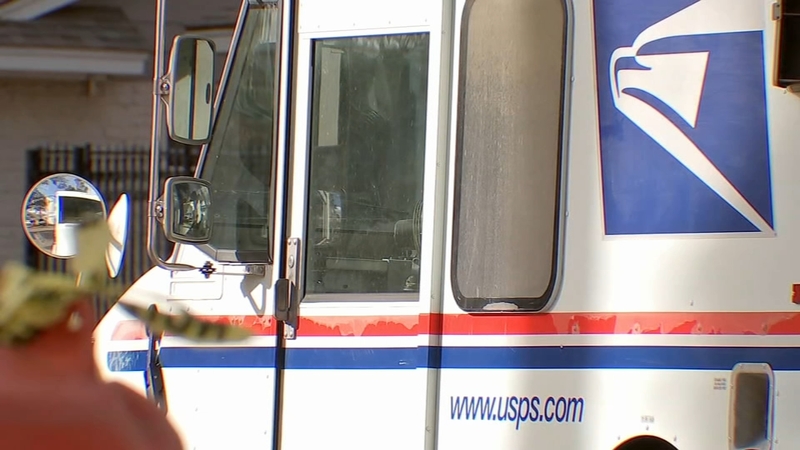 HOUSTON, Texas -- A U.S. Postal Service mail carrier was shot as he was delivering mail early Saturday afternoon in a Spring Branch neighborhood.

Neighbors on Cedardale St. said they heard four gunshots. No one directly witnessed the shooting, but when they looked out their windows, they said they saw the carrier trying to drag himself along the sidewalk.

"He had blood on his back," said one woman who asked she not be identified. "He was calling for help and told us he couldn't feel his legs."

He was still conscious, according to neighbors who came to his aid. Houston police investigators said the victim was shot twice, once in the back and once in the lower abdomen.

He was taken to a hospital. His condition wasn't known Saturday evening.

The shooting may be related to an incident a few minutes earlier at a nearby Costco. It happened near the gas pumps when an employee directing traffic saw a man in a black Honda compact SUV point a gun at him. The gun failed to fire, and the employee escaped without injury.

That incident was said to be recorded on security video, which shows the suspect, who appears to be a white or Hispanic man, with sleeve tattoos on his arms, tattoos on his upper chest, as well as facial tattoos.

The vehicle matches the description of the one neighbors saw driving away from the shooting on their street.

"Random or not, it's something that should never have happened," neighbor Bobby Araujo said.

The U.S. Postal Inspection Service is offering up to a $50,000 reward for information that leads to an arrest and conviction in this case. Anyone with that information can call 877-876-2455.

Man's body recovered in search for Houston couple in Lake Conroe
George Floyd pardon resolution clears Harris Co. commissioners court
Houston presents budget with historic $201M shortfall
Cool off from the Texas heat at Lagoonfest this year
Murder suspect who was linked to tiger has been arrested on evading charges
Show More
Pipeline officials hope most service will be back by weekend
2 Texas deputies killed while responding to complaint of a dog
Migrant children held in mass shelters with little oversight
Intruder disappears after break-in at gun range in NE Harris County
'Loose tiger could be around corner' unless laws change, PETA says
More TOP STORIES News