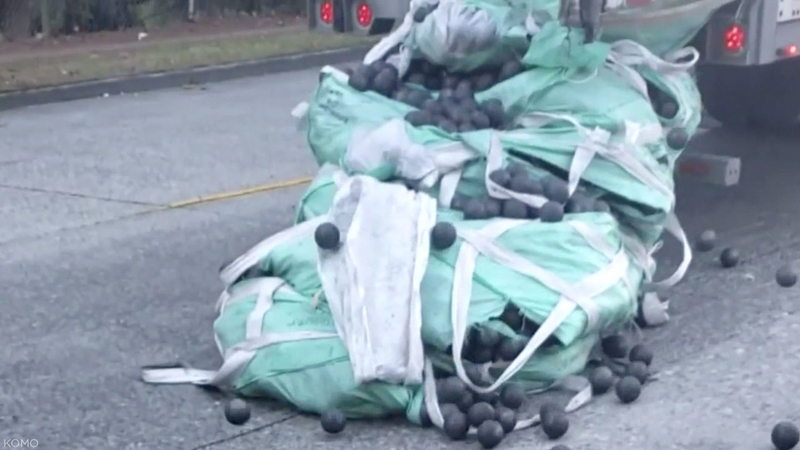 SEATTLE -- Tens of thousands of pounds of metal balls used for stone grinding spilled off a truck and began bouncing down the street in Seattle Wednesday.

At least four cars were hit by the balls, but no injuries were reported. The roadway on the city's west side was shut down for several hours as police worked to clean up the spill.

Robert Herman, the driver of the truck, immediately put on his brakes and called 911 when he realized his truck had lost its load.

"I'm looking back and then I see all these balls rolling down the street, and I said, 'Holy (expletive)!'" Herman told KOMO.