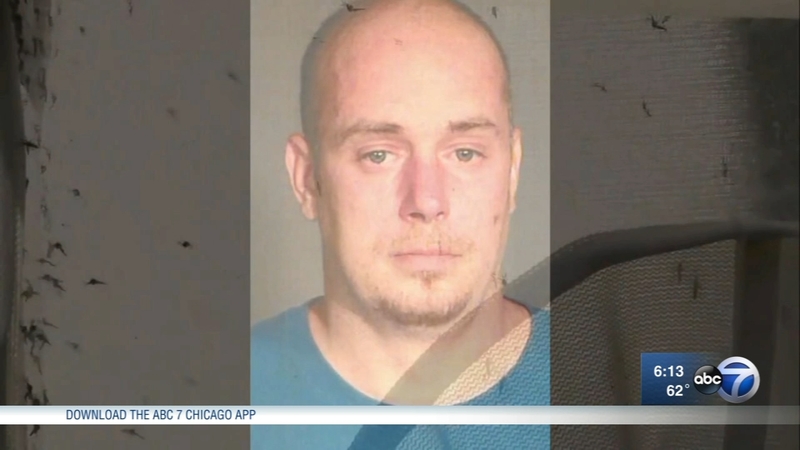 The mosquitoes are quite plentiful lately in central Wisconsin thanks to recent rain and flooding, but they bugged one man so much he preferred to be arrested by police.

Surveillance video captured a man stealing three bottles of Jagermeister on Tuesday at a Piggly Wiggly grocery store in Wisconsin.

Manager Kevin Harvey saw him load a cart with more than $1,400 worth of alcohol. He recognized him because it was allegedly the fourth time he stole from his store, according to WDJT-CBS.

Harvey chased him out of the store, but the getaway driver, John Wilson, drove off and sparked a three-mile chase.

The thief tucked and rolled out of the vehicle during the chase.

However, Wilson then parked and ran into a cornfield. Police surrounded the area, but mosquitoes were on the prowl.

RELATED: Why your blood type could make you a mosquito magnet
It was so bad police were looking for bug spray for themselves, said Chief Thomas Dornbrook, of the Campbellsport Police Department.

"As soon as the sheriff's department arrived that's the first thing I asked for if he could give me some spray because it was crazy," Dornbrook said.

An hour later, Wilson put up his hands and surrendered, saying he couldn't stand the swarming mosquitoes.

"When we handcuffed him he asked us to wipe his forehead because he had 15-20 mosquitoes on his forehead at that time," Dornbrook said.

Police are still looking for the Jagermeister thief, but Wilson was charged with fleeing officers, retail theft and obstructing an officer.