MAYHEM AND MURDER: 10 most shocking Facebook Live moments ever 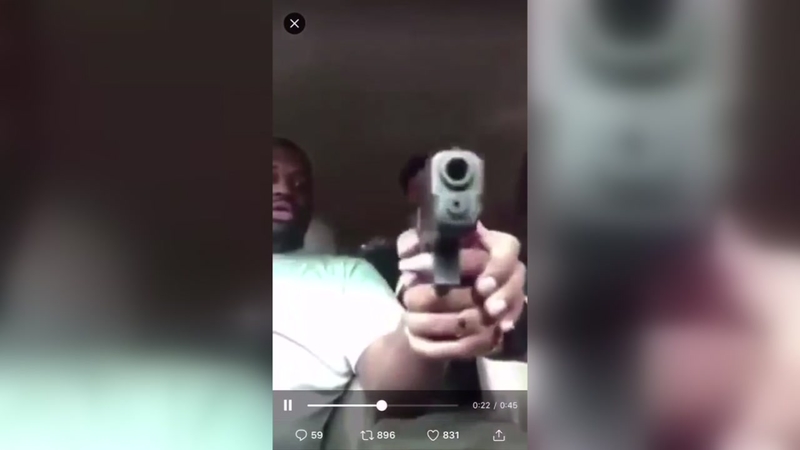 On its surface, Facebook Live was meant to empower users to share life's special moments with family and friends in real time.

But the social media site's live streaming feature is increasingly becoming a theater for grim realities and crime as it happens.

Audiences across the country have been gripped by video of an Easter morning shooting of a man outside a Houston gas station.

As scary and heartbreaking as some of these videos are, Facebook users just couldn't look away.

The family of Robert Goodwin Sr., are speaking out after his murder

The shooter, who was apparently upset after a recent breakup, was later found dead of a self-inflicted gunshot wound inside his car after leading police on a chase in Pennsylvania.

Timeline of how the events unfolded in the Facebook murder case.

A small businessman captured a crash involving a hog truck while doing a Facebook Live video.

A terrifying crash on North Carolina's Highway 13 was captured on video as a business owner was shooting a Facebook Live in front of his tire business.

The boom and resulting chaos is intense as a truck hauling hogs smashes into a car, leaving behind a trail of damage in its wake. No humans were injured in the crash.

Man in Thailand kills baby and himself, on Facebook live

A 20-year-old man in Thailand upset with his wife hanged their 11-month-old daughter in an abandoned hotel before killing himself, and it was all streamed on Facebook Live.

In a shocking crime that rocked Chicago, four people were charged in 2017 for the brutal beating and kidnapping of an 18-year-old man with special needs. The horrific scenes caught on camera included the victim being forced to drink water from a toilet bowl, and the suspects threatening the man with a knife.

The cruel act incensed the community so much, the suspects' attorney said they received death threats. On the other hand, community members stepped forward, raising more than $165,000 on a GoFundMe page for the victim.

The judge placed several restrictions on the court appearance for four suspects in the Facebook Live torture case Friday.

For more than three hours, 25-year-old Brenton Hager led police on a chase through the streets of Oklahoma City in an allegedly stolen truck.

The chase ended when he crashed the truck and tried to make a run for it. He didn't get very far.

A Minnesota police officer was acquitted of manslaughter Friday in the fatal shooting of a black motorist.

Diamond Reynolds was left grief-stricken after a Minnesota police officer shot and killed her boyfriend during a July 6, 2016 traffic stop.

Reynolds took out her cellphone and started live-streaming on Facebook after the shooting. The video, which was briefly removed from Facebook but later republished with a warning of graphic content, appears to show Reynolds sitting in a car with Castile, whose shirt appears soaked in blood, calmly saying an officer shot her boyfriend.

The officer who shot Philando was acquitted in June 2017. The man's family reached a $3 million settlement in his death.

A suspect opened fire on deputies in Covina as he recorded an intense standoff on Facebook Live, according to officials.

A man in California live streamed himself firing at deputies during an intense April 2017 standoff in California.

Sean Vasquez, 20, recorded himself loading a gun and then firing shots at officers after they responded to reports of someone firing upon morning commuters in the city of Covina.

At one point Vasquez ran into a nearby home amd barricaded himself inside. He was eventually taken into custody.

Marcus Solis has the story of a woman charged with live-streaming her 10-year-old son driving.

The Connecticut mother was charged after residents complained about a Facebook Live video showing her son taking the wheel. The Connecticut Post reported that Nussbaum hinted there may be more to the story.

Suspect accused of killing man who was streaming on Facebook Live charged with first degree murder.

A 55-year-old North Carolina man who went to complain to police after a family member stole his cell phone ended up capturing his own murder. Douglar Colson, 65, was charged after he was caught in a confrontation on camera with the man right before gunshots rang out.

Teen shot and killed by friend while streaming live on Instagram

Obdulia Sanchez pleaded "no contest" to multiple charges this morning during a Merced County court proceeding.