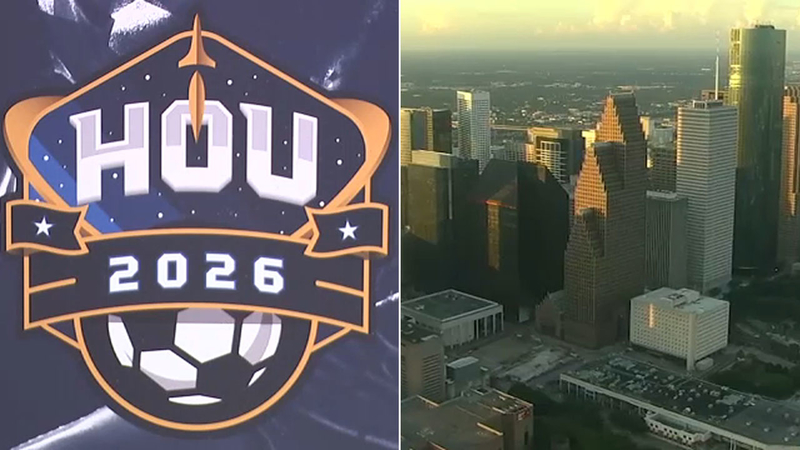 HOUSTON, Texas (KTRK) -- Our city's plan for human and workers' rights was one of the reasons FIFA selected Houston as a host site.

Local unions, community groups, and labor federations pitched in to help the bid committee put together their plan.

When the FIFA World Cup comes to town in 2026, workers can expect jobs.

The video above is from the Houston committee's news conference after the city was picked to host World Cup games.

NRG Park has hosted major events before, but nothing quite like this. Leaders with the Texas Gulf Coast Area Labor Federation said they worked to make sure the economic impact of the World Cup gets spread around equitably and fairly.
"It's been a long, long time coming. So, I'm thrilled for our city," said Hany Khalil, a Houstonian and life-long soccer fan.

Khalil is also the executive director of the Texas Gulf Coast Area Labor Federation. He said it was important to get the city, the bid committee, and workers all on the same team during the selection process.

"When we felt that the initial version of the plan wasn't strong enough, we were able to say, 'We want it to be stronger. Here are some ideas.' The bid committee listened to us," Khalil said.

Houston is a World Cup host city. What's next? Chris Canetti, president of the Houston World Cup Committee, joined ABC13 to talk it out.

Their final plan that found favor with FIFA includes protections like a $15 minimum wage, targeted hiring for communities dealing with high unemployment, strong health and safety protocols, and requirements for employee-worker dispute resolution.
"What we're excited about is that we worked out strong labor standards to be put in place with Houston's bid," Khalil said. "We think that with us, and the work unions and community groups did, we're going to make sure the bounty is shared with Houston workers as a result of those protections."

Now, the real work to prepare for an estimated $1.3 billion economic impact begins. Khalil said the ultimate goal is for FIFA to require the same standards that will be implemented in Houston across all of the sites selected for the 2026 World Cup.