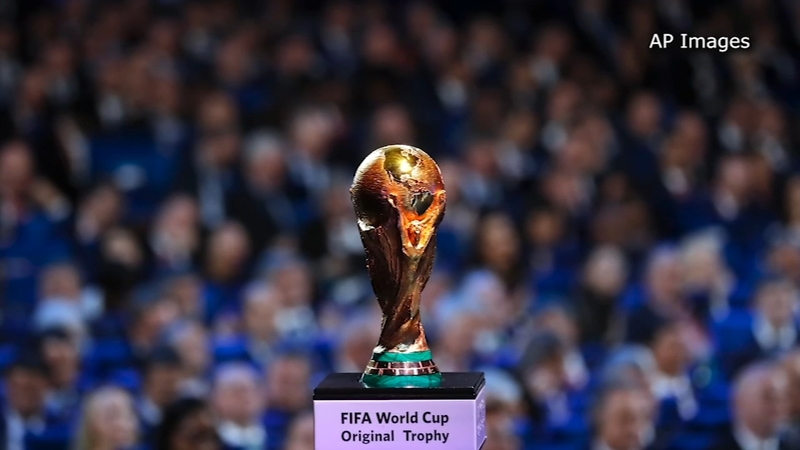 HOUSTON, Texas (KTRK) -- Celebrations are underway after Houston was named one of 16 host cities for the 2026 World Cup.

The president of the Houston World Cup bid committee, Chris Canetti, tells ABC13 that Houston will likely host five to six of the matches. He says it's like having five to six Super Bowls in the span of a month.

The event is four years away but planning is already underway.

"By landing this event and being able to host it, it opens up so much opportunity for our community," said Canetti. "What's important to us when the final whistle blows... (when) we're all dispersed and the games are over, is that we've used this event and leveraged it to make Houston a better place."

The games will be played at NRG Stadium. Canetti says this will be the largest World Cup in history with 48 nations competing and 16 host cities across three countries.

"We do need a very thorough and intense transportation plan, that includes both airports, ground transportation, the hotels. There's so much coordination that goes into this. We're lucky that we have a track record of doing this," Canetti said.

A Rice University business professor says it's key to be smart about spending for this.

"Building things Houstonians need and use every day, that's the easy money and the great way to leverage this opportunity for us," said Peter Rodriguez, dean of graduate business school at Rice University.

As for where the money will come to brace for the largest sporting event the city has ever held, ABC13 is told the host committee is the risk-taker and funds will come from private sources.

"There's no plan for city or county dollars to come into play here and again we're following the model of other major sporting events that have come to Houston," said Canetti.

Canetti tells us planning for 2026 starts now. On Sunday, they'll be headed to New York City to meet with FIFA on Monday and Tuesday and get to work.