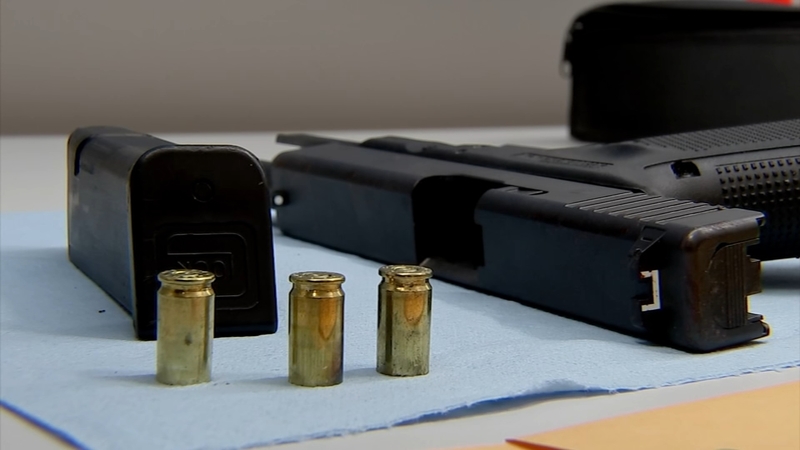 HOUSTON, Texas (KTRK) -- Houston police didn't know it then, but four days after an April murder at the Marq-E Entertainment Center, the same gun was allegedly used in the accidental shooting of a 3-year-old boy. Within days of that second shooting, forensic scientists matched gun evidence from one scene to the other, narrowing the search for a suspect.

It is exactly how ATF NIBIN, the federal Bureau of Alcohol, Tobacco, Firearms and Explosives' National Integrated Ballistic Information Network system, is supposed to work. 13 Investigates recently got a behind-the-scenes look at how the program works and how many resources are devoted to it.

RELATED: HPD's technology can detect gunshots down to a home's backyard

In the case of the shooting at the Marq-E center, court proceedings revealed that evidence techs found a spent cartridge at the scene of the April 4 murder. A cartridge is the metal piece a semi-automatic handgun spits out when it fires. Every gun leaves unique markings on cartridges as it fires, much like a fingerprint. Technicians at the Houston Forensic Science Center use ATF technology to scan those markings and enter them into a national database.

Four days later, when the 3-year-old was accidentally shot allegedly with his father's gun, police seized the firearm. Forensic Science Center techs fired it and entered that casing into the NIBIN database, too.

Six days later, technicians working with the database matched the cartridge from the April 4 murder to the April 8 accidental shooting. It allowed detectives to narrow their investigation on Nicholas Thomas as a potential suspect.

Court records and police sources say cellphone location records allegedly placed Thomas near the scene of the murder. When those records were recently given to Houston detectives, an arrest was made.