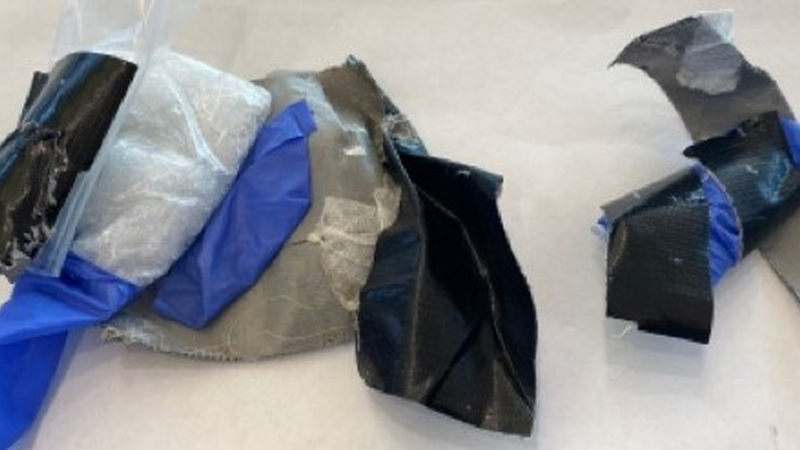 Traveler busted with meth inside burrito at Houston airport

HOUSTON, Texas (KTRK) -- You can add a lot of ingredients to your breakfast burritos these days, but usually crystal meth isn't one of them.

Still, that didn't stop TSA officers from finding exactly that during a checkpoint screening at Hobby Airport on April 2.

The TSA said they were doing a routine screening when they noticed an unidentified lump inside of a traveler's breakfast burrito.

The size of the burrito was so unusual, TSA asked to inspect it further, requesting for the traveler to unwrap it.

Officers said the person tried to insist it was just a breakfast burrito.

Once the wrapper was open, authorities said they saw something dark and unusual in the middle of the food that didn't match the description the passenger gave.

As the breakfast burrito went through the X-ray for a second scan, TSA officers saw what appeared to be black tape and dark wrapping around a large organic mass.

Suspecting that it was something illegally hidden in the food, TSA called Houston police, who determined it was crystal meth.