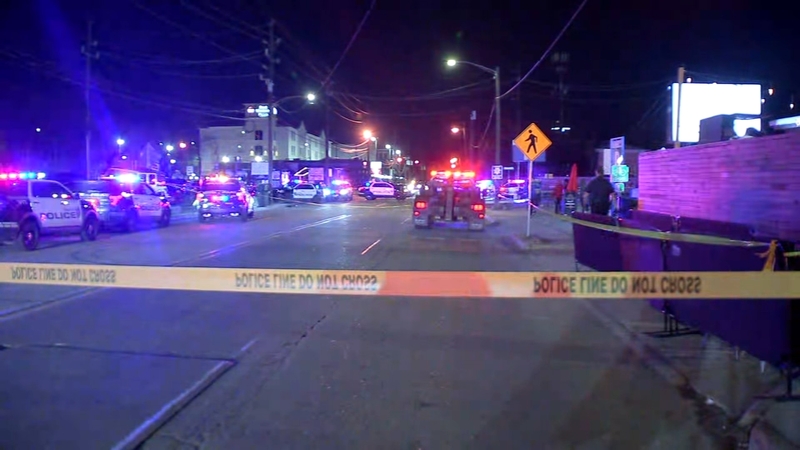 Police have identified the victim as 35-year-old Cecil Brown.

The fatal shooting happened sometime after 8 p.m. at the Seaside Lounge in the 700 block of West Dallas St.
Houston police mounted a massive response to the restaurant, closing down nearby streets as they looked for answers.

Officials say Brown got into a physical fight and left the bar. As he was driving away, he was shot multiple times by an unknown person and hit by another car in the parking lot.

One witness said a woman at the scene who claimed to be Brown's cousin performed CPR on him.

"I saw them put him in an ambulance, and then after that, that's when the cops were holding the cousin down, and she was just yelling at the cops, telling them, 'Hey, I could have saved his life. He had a pulse. You guys stopped me from what I was was doing,'" the witness said.

It wasn't known how many shots were fired or how many people were hit.

A spokesperson for Seaside Lounge released the following statement about the shooting:

"Everyone at the Seaside Lounge is deeply saddened by the tragic fatal shooting that occurred near our venue last night. These senseless acts of violence around Houston, and the world, have got to stop. We extend our condolences to all for their loss and are praying for the family and friends whose lives will be forever changed by this heinous crime.

The Seaside Lounge has a history as a safe, family-friendly neighborhood establishment where the community gathers to dine and enjoy themselves. Safety has always been, and continues to be, a top priority for us. We always have security officers present and the Houston Police Department on-hand at all times, and we are doing everything possible to assist and support the Houston Police Department in this investigation.

The owners of the Seaside Lounge further wish to support the family and honor the victim of this senseless crime by donating the proceeds from all food sales on New Year's Day, January 1, 2020, to the family to help pay for funeral expenses."