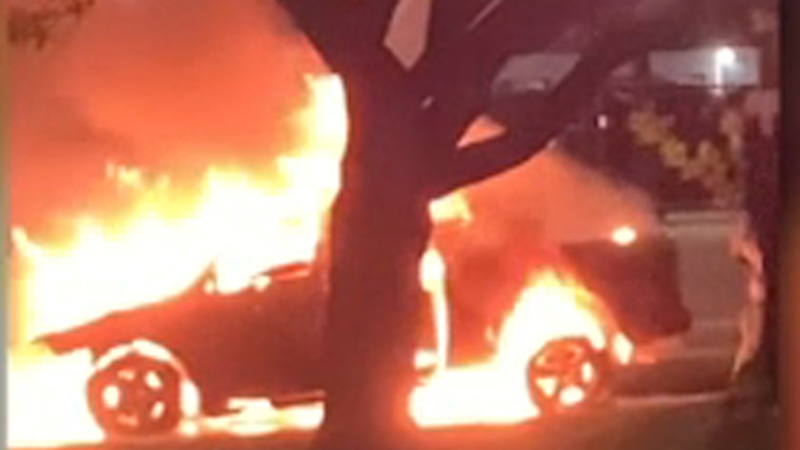 It happened around 2:50 a.m. in the 400 block of El Dorado Boulevard near Galveston Road.

The driver of a red pickup truck was on El Dorado when the vehicle left the roadway, crashed into several trees and ruptured a gas line before catching fire, according to Houston police.

The truck was consumed by fire and the driver was not able to escape, police said. While there weren't any apparent witnesses to the crash, video captured shortly after showed the fire.

The driver wasn't immediately able to be identified by authorities.

Investigators were still working to determine what may have led to the crash.
Report a correction or typo
Related topics:
houstonfatal crashcar firetraffic accidentcrash
Copyright © 2021 KTRK-TV. All Rights Reserved.
FATAL CRASH