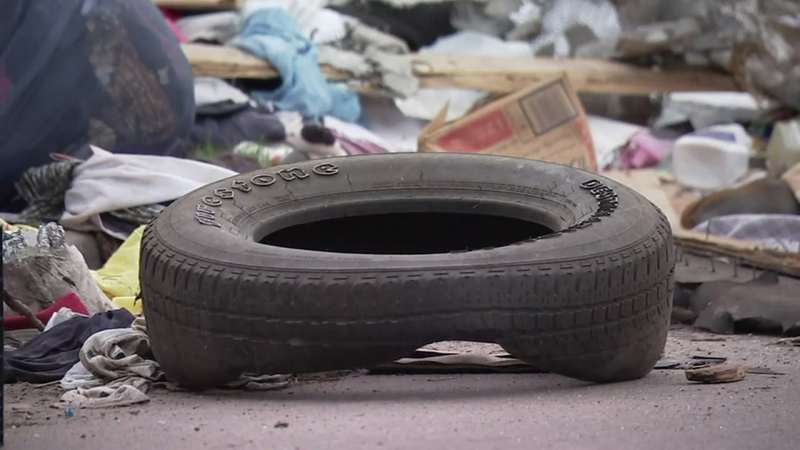 HOUSTON (KTRK) -- Residents are hoping to clean up abandoned tires amidst worries about the potential threat of the Zika virus.

That's how Guardado describes the mosquito-infested trash and abandoned tires in her southeast Houston neighborhood. Her neighbor, George Stephenson knows, specifically the water-filled tires, are breeding grounds for mosquitoes, and he's been calling 311 since February.

"You can't come out here at night, the mosquitoes have taken over, and the tires, they just sit here," said Stephenson.

Dr. David Persse is leading the City of Houston's response to the Zika virus. He recommends residents keep calling about the abandoned tires in their neighborhoods because the mosquitoes which can transmit Zika will begin to breed in the next few weeks. He warns it's not just pregnant women who need to stay vigilant.

"I'm a 50s-year-old man, I'm not going to get pregnant, right? Why do I worry? If I contract it, and mosquitoes bite me and become infected, they now can be the one that can take it to a pregnant woman in my neighborhood," said Persse.

You'll see signs around the city about the 3-D Zika defense: drain standing water, dress in long sleeves and pants, and use Deet repellant.

The city says it has picked up 2,500 more tons of heavy trash than usual in the last two months, and that includes 1,400 tires; but Persse says the city needs federal money to continue the large amount of trash across the city.