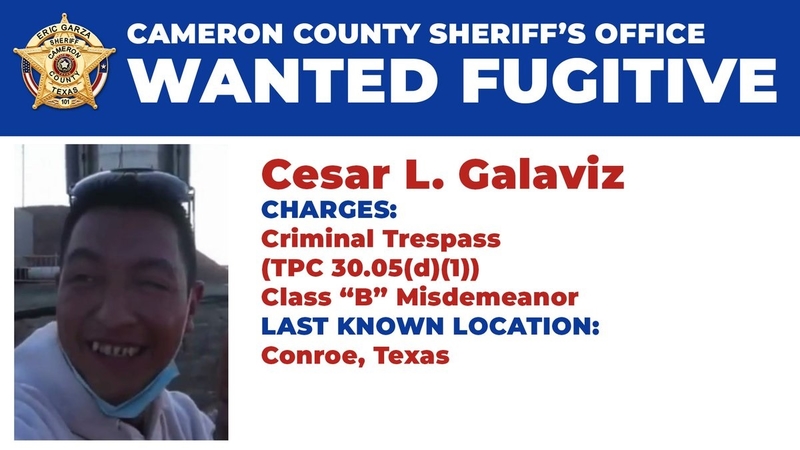 CONROE, Texas (KTRK) -- An arrest warrant has been issued for a YouTuber after he filmed himself at a SpaceX Starship launch site in Texas, according to Cameron County Sheriff Eric Garza.

A Warrant of Arrest has been issued for Cesar L. Galaviz for Criminal Trespass for intentionally going onto the SpaceX property without their consent. (2021-XARW-0192) pic.twitter.com/UaBrWBJzVC

Cesar L. Galaviz posted a video of himself, to his YouTube channel called LocoVlogs, touring a SpaceX facility in south Texas without consent.

The video was taken down from Galaviz's channel, but another user reposted it.

Since then, Galaviz has publicly apologized to his followers.

"I've done something bad and it was not my intention to do it," he says in the video. "Yes, it was wrong. Yes, it was illegal, but in my eyes, in that moment, I didn't really think about that."

He also said he thought it was a cool opportunity to take his fans along with him on something he may not have had the chance to do again.

"What went through my mind was that I'm never going to get this opportunity again, and I went for it," Galaviz said.

According to Garza, Galaviz was last seen in Conroe. He is being charged with criminal trespassing.