YES Prep said the injured principal will be released Friday and the school will meet with families before classes resume
KTRK
By Erica Simon, Mycah Hatfield and Roxie Bustamante 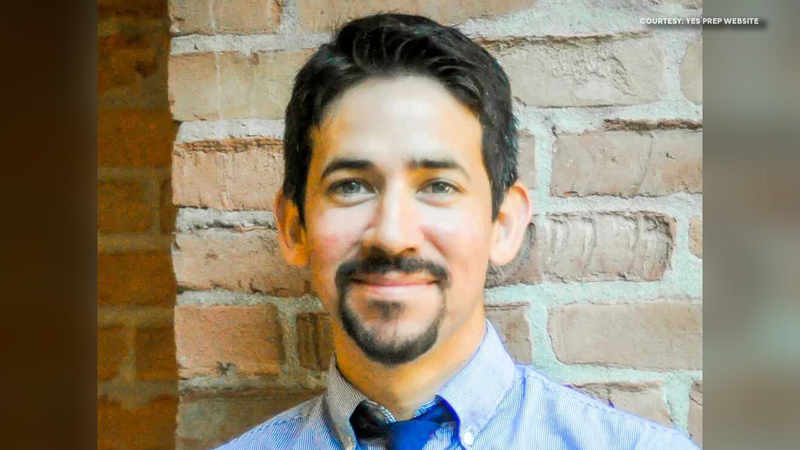 HOUSTON, Texas (KTRK) -- Classes at YES Prep Southwest Secondary will be canceled Monday through Wednesday next week following a shooting that injured the school's principal, according to the school.

The Houston Police Department said it received a report of an active shooting at about 11:45 a.m. at 4400 Anderson Road at Hiram Clarke.

HPD Chief Troy Finner said the suspect was armed with a rifle.

According to Finner, the suspect gained entry into the school by shooting a locked glass door. The suspect then opened fire at a school employee, who sustained a gunshot to the back.

In a news release, the school confirmed that the administrator who had been shot was the school's principal, Eric Espinoza.

According to the school, Espinoza has non-life-threatening injuries and is expected to be released from the hospital on Friday.

School officials gave that fortunate news in the wake of the chaos that ensued after the campus shooting late Friday morning.

An administrator was shot in the back after a 25-year-old gunman forced his way into YES Prep Southwest Secondary, Houston Police Department Chief Troy Finner said. The victim, identified as a white male employee, was taken to the hospital with non-life threatening injures.

No students were injured, and the suspected gunman, who police identified as a 25-year-old Black male who once attended YES Prep Southwest, is in custody.

Officers were searching the school for any other possible suspects. Eyewitness News cameras in the immediate aftermath of the shooting call captured officers in tactical gear moving in as students were being evacuated with their hands up.

YES Prep Southwest said it will meet with students and families before classes resume next week.

"We cannot imagine the terror you must have felt as the events unfolded. [Friday's] shocking incident is one that no student, parent or educator should ever have to go through or cope with on their own. We have counselors standing by to help anyone needing support over the weekend, next week, and through the school year," the school wrote.

For its part, Houston ISD, which is not associated with YES Prep Southwest, went into a temporary shelter-in-place at its campuses near the shooting as HPD went into investigate. The school district confirmed that the shooting didn't take place at any of its campuses, and the precautionary measure has since been lifted.

UPDATE: There is one suspect in custody. Officers are searching the school for any other possible suspects at this time. Scene is still active. More information will be provided as it becomes available. #HouNews https://t.co/gva2FvQdom

With word getting out of the shooting, families showed up closer to the campus in the immediate after. Since the shooting, though, police directed parents to reunite with their kids at a nearby grocery store parking lot.

There was relief that came after no student injuries in the shooting, but some students who spoke to ABC13 recalled a graphic scene as they evacuated.

"When I was coming out, I saw blood and glass shattering everywhere," one 7th grader said. "My teachers told me to stay back in the classroom where nobody can see you and officers came, saying 'Put your hands up. Go outside.'"

A 7th grader at the Yes PREP Secondary Southwest campus tells ABC13's Erica Simon what he experienced as teachers rushed to move students to safety during Friday's active shooting.

Friday's ordeal prompted a call from at least one city leader to prioritize child safety. Abbie Kaman, a Houston city council member and chair of public safety for the city, weighed in with some frustration. In a statement, she said:

"I'm keeping the entire YES Prep Southwest Secondary family in my thoughts, but we must do more than offer thoughts and prayers. While thankfully no student was physically injured, when the standard for a "good" school shooting scenario is that no students were shot, something is broken. A child's right to safety must be prioritized over guns.

"As the Chair of Houston's Public Safety & Homeland Security Committee, as a Council Member, and as a mother, I want to personally thank school administrators and law enforcement for their swift actions, and acknowledge the bravery of our children who continue to endure something they should never have to."

YES Prep Southwest Secondary is a charter school that serves students in the 6th through 12th grades. The campus has an enrollment of more than 1,000 students, according to data from the Texas Tribune.

HPD units with tactical gear are here and police tape is going up. pic.twitter.com/ik1pLjVOxL


This is a developing story. Eyewitness News crews are on the scene. All updates can be found in this article.

A look back at some of the deadly mass shootings in and near schools in the United States in recent history.