Wrecker driver arrested after wild chase that started near the Heights 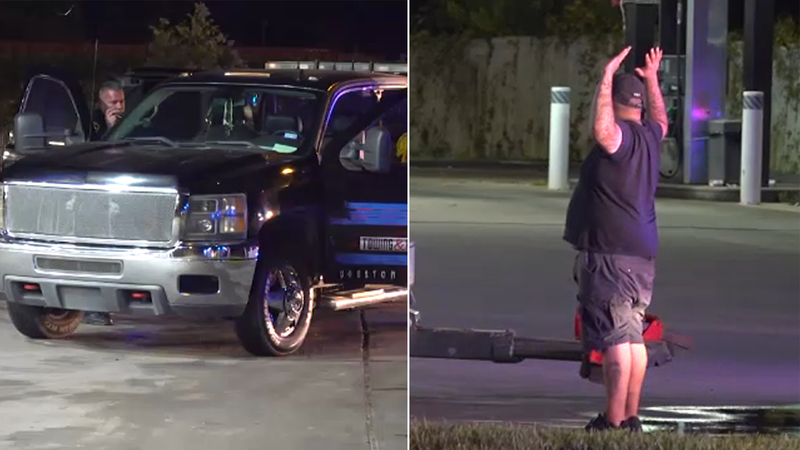 HOUSTON, Texas (KTRK) -- A wrecker driver is behind bars after authorities say he led them on a chase from north Houston to northeast Harris County.

According to a witness, it all started in the Woodland Heights. There were three suspects in the tow truck, and they were trying to use it to steal cars. The witness told ABC13 his dog started barking, and when he looked outside, they were surrounding his truck.

He says right when he walked outside, a Precinct 1 deputy appeared. The witness says one suspect ran off, and the other two hopped in the truck and sped off.

The deputy chased the tow truck through the Heights, and the driver eventually got on I-45.

Cell phone video from a viewer shows him flying down the freeway with four patrol cars right behind him.

The suspect driving finally stopped at a gas station off the Eastex Freeway. ABC13 could see police with guns drawn. He backed up with his hands in the air before being arrested.

His identity has not been released. He has been charged with felony evading.


Harris County Constable Precinct 1 is still looking for the other suspects.

TOW TRUCK CHASE: We see a lot of wrecker drivers at crime scenes but normally they’re not the ones being arrested!

After leading officers on an overnight chase, one is behind bars this AM.