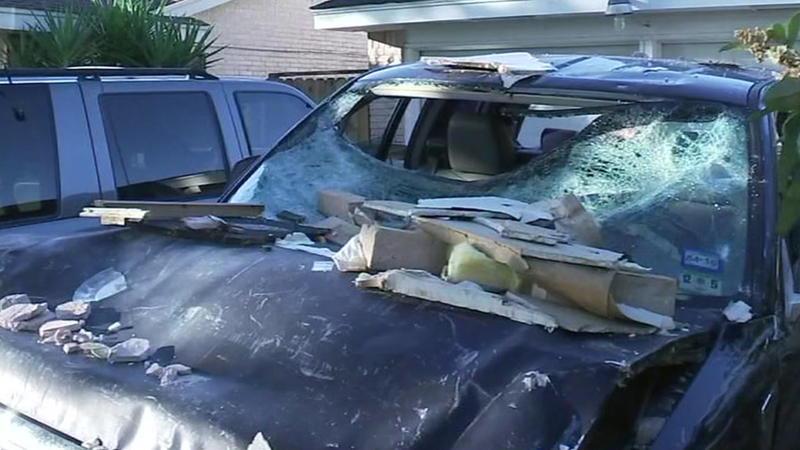 HOUSTON (KTRK) -- A woman says she's blessed to be alive after a shooting victim's car ended up crashing inside her house last night in southwest Houston.

That car went into Maureen Richardson's house on Tiffany near West Fuqua.

It all started when a man was about to leave the Conoco station on West Fuqua just blocks from his home. Another man started shooting at his truck and a bullet went through the victim's arm and into his chest.

The victim then called his wife and told her he had been shot and was on his way home. While attempting to drive home, the victim passed out and crashed into his neighbor's house -- while the owner and her mother were home.

Home owner Richardson said, "All of a sudden I heard this loud boom -- like lightning and everything started shattering. So I came out and mom what's going on? When I looked I see the doors cracking the walls cracking and all of that."

The man was sent to the hospital and he's expected to be OK after surgery to remove the bullet from his chest.

The shooter was eventually caught by police.