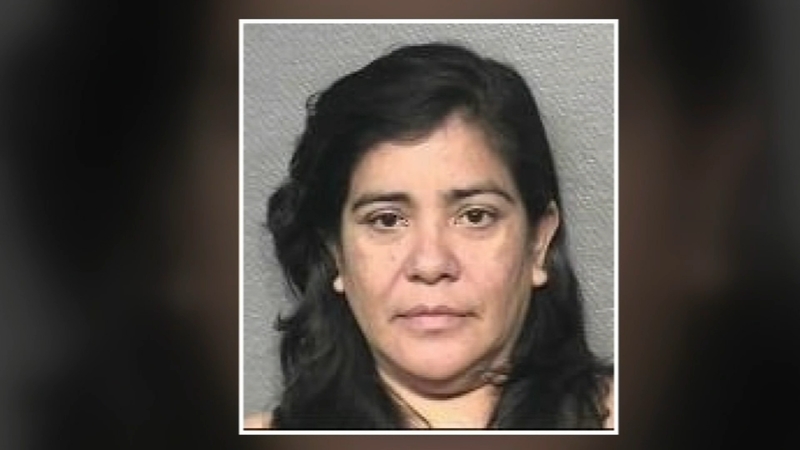 Woman sentenced for false 911 report that led to deadly raid

HOUSTON, Texas (KTRK) -- The woman who admitted to making several false 911 calls that led to the botched Harding Street raid in January 2019 learned her sentencing for the crime on Tuesday.

"I don't believe what you did is just a thoughtless act," said Hanks as he handed down the harder-than-expected sentence. "I believe you used 911 as a weapon."

According to an indictment, Garcia claimed her 25-year-old daughter was inside Rhogena Nicholas and Dennis Tuttle's home doing drugs, but federal prosecutors said none of it was true.

Three weeks after the report to police, narcotics officers, led by case agent Gerald Goines, executed a "no-knock" warrant on the home.

"It's what we call a series of unfortunate events," said Kent Schaffer when asked to comment on the sentence.

Federal guidelines had specified that Garcia be given 10 to 16 months behind bars.

"In the 40 years I've been doing this, I don't think I've ever seen a case where the judge sentenced someone to more than twice the guidelines," said Schaffer.

Judge Hanks also said Tuesday that Garcia may have planned for something bad to happen, calling 911 multiple times.

"The court believes your explanation that you didn't expect any of this bad, I find that unbelievable. I don't believe you're truly remorseful," Hanks said.

"Obviously calling in fake reports on neighbors is a big deal," said Mike Doyle, who is representing the Nicholas family. "But, she's served more time in jail than anyone involved in the murder of Rhogena and Dennis already."

Doyle pointed out that to date, 12 total officers, both former and current members of the Houston Police Department, have been indicted in the raid. However, so far, none has served time behind bars. In addition, the family feels like the city of Houston has actively fought the release of any bodycam videos as well as other evidence.

"People understand you're not supposed to make false reports, but it's even more important for people to realize when someone is murdered in their home and on their couch, and that there's a cover-up, that's a huge problem," said Doyle.

Just last week, one of the officers, Steven Bryant pleaded guilty to federal charges of tampering with a government record. He was accused of lying to police to try to cover up a bad search warrant. He retired while under investigation after 23 years on the force.

Bryant's sentencing is set for August.

As for the case agent, Gerald Goines, his attorney told ABC13 that he plans to fight the charges during trial.

WATCH: The group is calling on officers to come forward and report misconduct within HPD, claiming it could help heal the community's relationship with police.

Felipe Gallegos became the second person to face a murder charge in the Harding Street raid from 2019 that left a married couple dead.