Do you recognize them? 4 men seen robbing woman and hitting man outside SW Houston shopping center 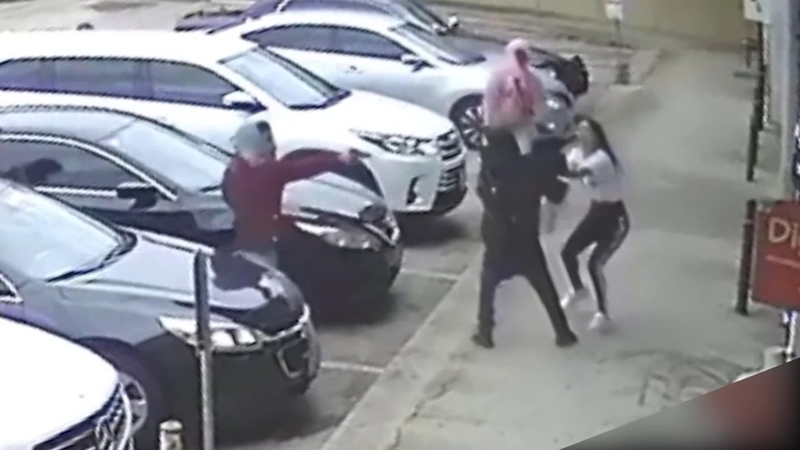 HOUSTON, Texas (KTRK) -- Police say a woman was followed to a shopping center in southwest Houston where she was held at gunpoint by three men and robbed of everything she had on her, including her cell phone, jewelry, identification, and her purse.

"They have everything on me. I'm scared," said Melissa Rodriguez.

Houston police said Rodriguez walked into a store the morning of Nov. 27, 2021 in the 6800 block of South Gessner. Rodriguez said she shopped for a while, and as she was leaving, three men with Cuban accents approached her.


As the men demanded her belongings, police said a second victim, a man, was approached by one suspect with a gun.

Police said in addition to having his belongings stolen, the man was also punched in the face.

The three men got away in two separate vehicles, a black Ram 1500 and a silver Ford Fusion, according to police. Both vehicles had getaway drivers.

Rodriguez said she has seen the suspects around her apartment complex since this happened and has notified police.

She said she is scared for her life and believes things are moving slowly with the case. She hopes someone who knows the suspects will call police before this happens to someone else.

Police said it's still unclear why the woman was targeted.