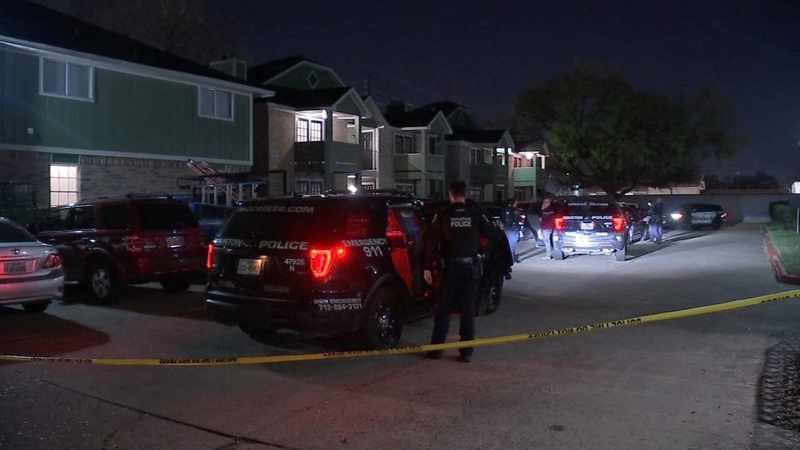 HOUSTON, Texas (KTRK) -- A woman was stabbed to death, allegedly by her husband in front of their 13-year-old at an apartment in northwest Houston.

Francisco Leon Jimenez has been charged with the murder of his wife, 35-year-old Yennis Olga Llanes Garcia.

According to HPD Lt. Ignacio Izaguirre, authorities responded to Woodsman Trail and Pine Moss at about 11 p.m. Wednesday and found Garcia with multiple knife wounds to her body.

Houston Fire Department personnel advised responding officers that Jimenez had fled the scene in a black Cadillac SUV. He was located at the 8000 block of Antoine during a felony traffic stop, according to HPD Homicide Sergeant K. Meek.

Jimenez was taken into custody without further incident.

Officials told ABC13 that they believe the couple was arguing about another man possibly involved with Garcia before the stabbing.

Izaguirre said the teen daughter, who was not injured, and another couple who lives inside the apartment witnessed the deadly stabbing.

Anyone with information on this case is urged to contact the HPD Homicide Divison at 713-308-3600.