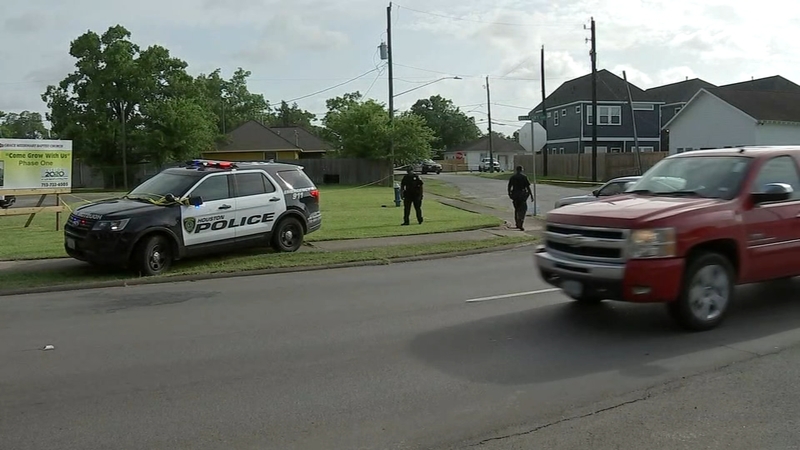 Woman found shot to death across from school in SE Houston

HOUSTON, Texas (KTRK) -- A woman was found shot to death across the street from a middle school Monday morning in southeast Houston, police say.

Homicide detectives responded to 4300 Bellfort Street after a person with a gunshot wound was found lying in the street at about 6:40 a.m.

Police told an ABC13 photojournalist at the scene that it was a woman found across the street from Attucks Middle School.

It wasn't immediately clear if she was shot at the location across from the school or if someone left her there. Police said the shooting scene was unrelated to the campus and did not involve the school in any way.

Attucks Middle School is in the Houston Independent School District.

According to HISD's academic calendar, regular classes would not have been in session as the last day of school for students was June 11 and the last day for teachers was June 14. However, if students were in school at the time, it may have been for the summer session. HISD's second week of summer school for kindergarten through 12th grade began Monday at 8:30 a.m.

Homicide detectives are at 4300 Bellfort Street after a person was found about 6:40 a.m. lying in the street with a gunshot wound.

No other info available at this time, as the investigation is on going. #HouNews pic.twitter.com/13vr1zz62t

One neighbor who recently moved to the area while his daughter attends dental school said he didn't hear anything, but was surprised to hear a woman's body had been found.

"It's very surprising for us. We just moved here. We were thinking it's a nice and peaceful area because my daughter just got admission into dentist school, so that's why we moved here," said neighbor Nasir Khan, adding that the woman's body was found near a church.

Another neighbor who has lived in the area for 12 years said she didn't hear shots either, but there was arguing.

"There was arguing on the corner. I didn't hear any shots and then ambulances started coming. Well, actually, fire trucks. I wasn't aware what was going on until the police arrived," said neighbor Aminata Ojore. "People walk up and down the street, unfortunately, arguing. It's not uncommon. But it was 6:30 in the morning, so that was odd."


Ojore described seeing at least two cars during the argument, but she couldn't make out what was being said.

The consistent rise in crime was not lost on Ojore, who shared concern about what could happen now that Texas Gov. Greg Abbott has signed constitutional carry into law.

Starting Sept. 1, Texans can carry handguns without a license or training if they're not prohibited by state or federal law from possessing a gun. Abbott signed the permitless carry bill, or House Bill 1927, into law last week.

"It's terrifying in that, with the governor's new (law), you don't need a license to carry a gun. The criminals all have guns. They don't have licenses. So what's going to happen when more people have guns? It's something that I don't want to think about, but here we are," Ojore said.

Monday's incident was another disturbing discovery after a night that has been filled with violence.

In Harris County, one person was killed and five were injured in three separate shooting scenes. All of them involved teenagers, who were either accused in the shootings or the victims.

On the southeast side of town, a community is also still reeling from the death of a 62-year-old grandmother, who was gunned down last Thursday outside of Life Fit Personal Fitness Studio.

The gym, located in the 10500 block of Fuqua, is about 20 minutes away from the school.

The people who shot and killed the woman are still on the run.