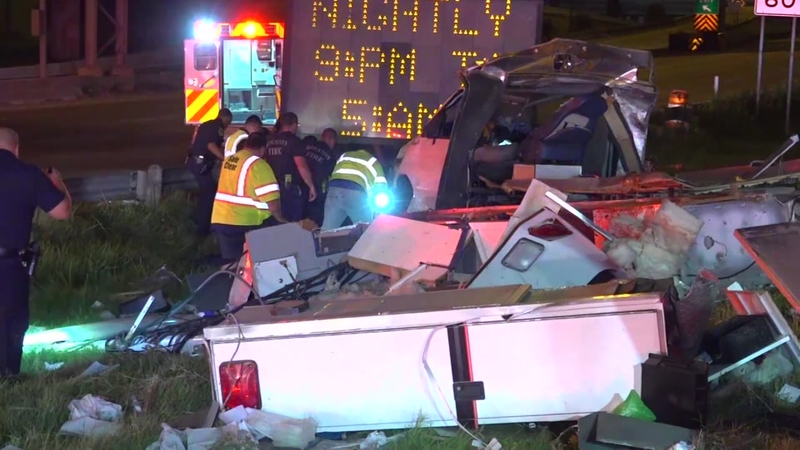 Houston police responded around 4 a.m., when the Acute Medical Services ambulance was stolen out of the hospital dock.

Officers found an iPad with a tracker that came from the ambulance pinging at Braeswood Boulevard and Bertner Avenue.

Police sent out an alert to be on the lookout for the ambulance. Twenty minutes later, a crash was reported at the Gulf Freeway and the South Loop.

Authorities responded to the scene, which turned out to involve the woman who had crashed in the ambulance on the freeway.

She was trapped in the wreckage. Firefighters and wrecker drivers pulled her out of the debris.

She was taken to the hospital.