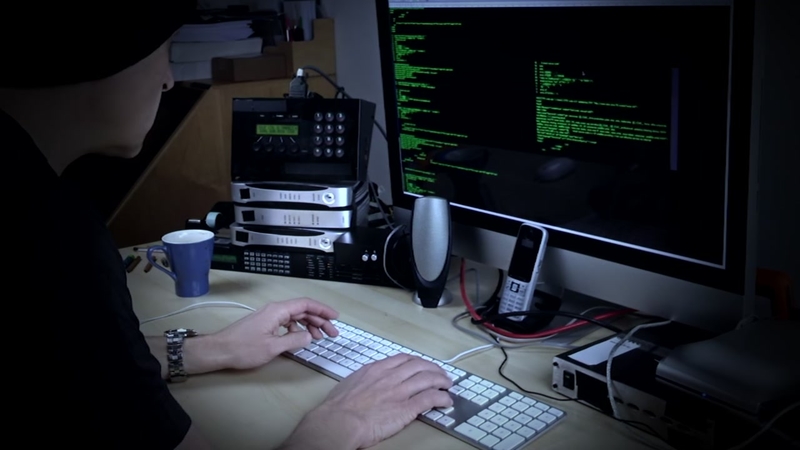 Security experts have a warning for anyone using residential Wi-Fi. Depending on its settings, it may not be secure.

James Jones recently found out the hard way that his network was compromised.

After noticing a considerable decrease in his internet speeds, he asked IT expert and forensic investigator, Colman Ryan, to take a look.

What Ryan discovered was someone outside of the home managed to gain control of Jones' router.

"This is serious stuff when you have your local area network compromised," Ryan said.

Not only did they have control, but they connected other devices to Jones' router too, including an XBox, phones, a watch, and even a doorbell camera.

Others were using Jones' internet service for free, which affected his download speeds.

There's a couple of ways hackers may be able to access your network.

When you get a new router, some of them come with default passwords. If you don't change that on initial setup, you may be leaving your digital front door open.

Even if your router is encrypted with a strong password, criminals still have ways to get in.

"They can get access through the WPS exploit," Ryan said.

WPS, known as "Wi-Fi Protected Setup," is a security standard that makes the connection between a router and wireless device relatively seamless and easy. Usually, WPS is on by default from the manufacturer.

"They've got a program that basically brute force guesses or hacks the WPS pin code that is unique to the router," Ryan said.

Once hackers are in, they're able to connect their devices. But even worse, they can see what devices you're running on Wi-Fi.

But there are ways to protect yourself. First, change the router login password. Additionally, turn off WPS security and change it to WPA-2.

"You want WPA-2 encryption on the Wi-Fi only," Ryan said. "You don't want to run in that mixed mode because WPA has its own exploits."